'Momo' may be 'dead,' but experts say avoiding the next hoax is up to us

Ding dong, "Momo" is dead, but not if you ask Buzzfeed, or the legions of parents, police and educators who are still warning about the mythical online menace.

On March 6, Buzzfeed staffers fanned out across New York City to hand out copies of the website's first-ever physical "newspaper," something that editor-in-chief Ben Smith characterized as "an attempt to do the internet in print." And who better to grace the cover of the first print edition of the internet than Momo, the latest digital boogeyman (or in this case, boogey bird-woman) to strike fear into the hearts of children, their parents, their school districts, and even YouTube.

"Help! I'm in love with Momo," the cover reads. It's a tease of the newspaper's feature story on how "Momo," the horrifying disembodied face behind the repeatedly debunked "suicide challenge" of the same name, has developed a legion of fans who are now expressing their "love" for Momo through art.

So how did we get here? How did this apparent hoax, now just the latest fodder for internet memes, wind up causing panic among parents in countries from India to Colombia, from the UK to the United States, and from the Houses of Parliament to U.S. police agencies?

As with all things Momo, the answer is not exactly clear. But a handful of psychologists who spoke with Fox say this case should definitely inspire some soul-searching for caregivers looking to keep their kids safe in the digital age, and who would prefer to avoid the next "Momo," whatever shape he/she winds up taking.

One thing IS certain in all of this: "Momo" is not real, the "Momo challenge" is not real, and at this point, there is little proof that any of the stories suggesting Momo encouraged kids to harm themselves (or worse) were EVER supported by any evidence.

If you need a quick primer on the trials and tribulations of Momo, look no further. Even once you understand what the "Momo" story was about, though, don't expect to find a paper trail that makes any sense.

Social media and news intelligence agency Storyful, a company that can trace trolling and disinformation campaigns back to their sources, told Fox that most of what it found on "Momo" had to do with the story being a hoax. And there was very little evidence that might counter that idea.

This week, to put any lingering fears to rest, a figure who inadvertently found himself at the center of the "Momo" phenomenon took things one step further in the quest to kill this cyberspace spectre. 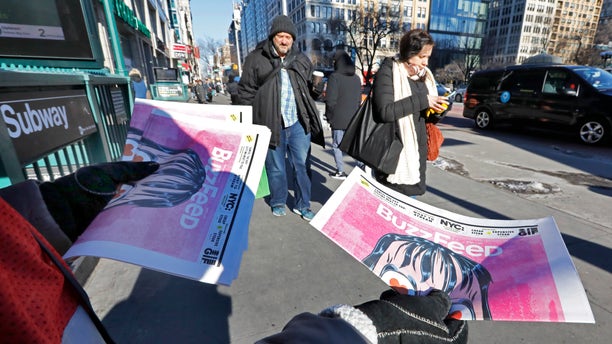 "The children can be reassured Momo is dead," Japanese artist Keisuke Aiso told The Sun. Aiso is a sculptor, and the now ubiquitous "Momo" face used in these online “hoaxes” appears to have been stolen from Aiso's 2016 work titled "Mother Bird."

Aiso said that while he didn't have anything to do with the spread of the "Momo challenge," he felt compelled to let kids around the world know that "[Momo] doesn’t exist and the curse is gone.”

Laura Hazard Owen, deputy editor of Harvard's Nieman Journalism Lab, called the "Momo challenge" phenomenon "the most fascinating/unique fake news story I've covered in awhile." The problem, she said, was that most of the news stories warning people about "Momo" appeared to be based on hearsay. One local news station, she pointed out, "simply interviewed a 5-year-old," while others ran with anecdotes from parents who had heard from their child that they had heard from another child... you get the point.

Adding fuel to the fire were warnings from school districts and law enforcement agencies that similarly spread the notion that Momo may be a real danger for parents to beware of while failing to mention that there was very little evidence to support any of these concerns.

Fox viewed one warning letter from a school district outside New York City that warned of the "disturbing trend on social media and internet platforms, that some of your children may have experienced or heard about." There was no mention of the fact that the warning wasn’t based on any specific incidents, though the district did point out that "[w]hile adults are often easily able to navigate such disturbances, it is difficult for children to do so without oversight and/or guidance."

These kinds of ambiguous alarm-bells may have only helped to sow more fear of the fictitious "Momo challenge," according to Dr. Pamela Rutledge, director of the Media Psychology Research Center. "Humans respond to what is called social proof, an innate cognitive bias that signals that something is important and of value if a lot of people are paying attention to it," Dr. Rutledge told Fox. "This type of behavior makes a lot of sense from an evolutionary perspective, but causes us to get a lot of incorrect signals from social media," she added, especially when you add the element of perceived danger or a threat.

"All of our brains are highly sensitive to danger and threat," she said, especially for "parents who have both a psychological and biological need to protect their children and the inclination to protect other innocents as well."

While it's good to be vigilant of the dangers around you, too much exposure can actually have a detrimental effect. And this goes for both children and parents, as well.

"It can be dangerous for children to be exposed to such frightful ideas [as the Momo challenge] and can stay with them for a period of time, challenging their feelings of safety," according to Dr. Nancy Mramor, a psychologist and award-winning author on the impact of media. "This phenomenon occurs with adults who watch way too many crime shows - they feel less safe than those who don’t," she explained to Fox.

In this case, the warnings from concerned parents and school districts may have only increased the hysteria surrounding this bogus boogeyman/woman.

"We wanted to touch base with everyone to make you aware of a disturbing trend that has developed on social media and internet platforms, that some of your children may have experienced or heard about."

— E-mail to parents in one U.S. school district warning about Momo

Dr. Dawn Branley-Bell, a health, social and cyber psychologist at Northumbria University in the U.K., who specializes in the psychology behind social media use, told Fox that while the "Momo challenge" may have largely been a hoax, "undoubtedly this challenge has upset a lot of people – particularly parents!

"It is important that the media does not engage in scaremongering and that parents recognise online hoaxes for what they are - and pass this knowledge onto their children," Dr. Branley-Bell explained. "Unfortunately, for many parents, these challenges sound so alarming that they create panic and this just makes the situation worse, especially when further exacerbated by sensationalist media headlines," she added.

HOW TO PREVENT THE NEXT MOMO

Dr. Branley-Bell says preventing the next "Momo"-style internet scare may be even easier than putting parental blocks on all of your kid's apps. "I suggest that parents still try to put the physical safeguards into place that they can (blocking adult content, abiding by social media age limits etc) but also to encourage their children to be open with them about discussing what they do online," she said.

While parents may not understand everything their kids are doing on the internet these days, or why, "[s]caremongering and acting negatively about the internet, in general, is likely to just ensure that your children keep their online world hidden away from you," Dr. Branley-Bell said.  "Of course, you will not be privy to everything that goes on in their lives, but trying to maintain a supportive relationship is a good step in the right direction," she added.

Dr. Mramor's advice on preventing the spread of the next internet hoax is something that is important whether or not you're a parent worried about Momo.

"Unless you can watch all media, TV and news, consciously, step back from it, get a little distance and ask yourself what’s being said, you're going to be taken in," Dr. Mramor argued. "It's like when you're watching a scary movie and get sucked into the plot... be a conscious consumer,” she said. “And if more people were, this would never have happened. We wouldn't even be talking about this story."