This puts a somewhat different spin on the famous quote “Friends, Romans, countrymen, lend me your ears.”

An ancient Roman grooming set -- complete with tweezers and a metal earbud for cleaning ears -- has been discovered during construction of a bridge in the U.K. The discoveries were made earlier this year in Ebbsfleet Garden City in southern England, SWNS reports, following the excavation of a drainage trench on the south side of the River Ebbsfleet.

Saxon pottery has also been discovered at the site. “All the items discovered at the construction site, where archaeologists were employed full time, have been removed for further examination and documentation,” said Ebbsfleet Development Corporation. Experts have also been commissioned to preserve the timber in wax. 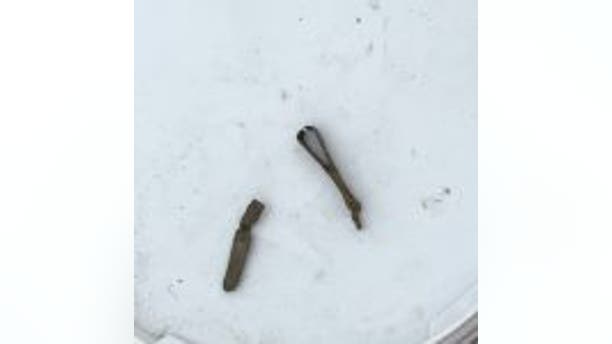 The tweezers appear to be part of an ancient grooming kit. (Ebbsfleet Development Corporation)

In Roman times the source of the River Ebbsfleet was the site of a settlement called Vagniacis.

The U.K. continues to reveal new aspects of its rich Roman history. An ancient quarry near Hadrian’s Wall in northern England, for example, has offered a smutty glimpse into the lives of the Roman soldiers who built the famous fortification.

Last year archaeologists unearthed boxing gloves at the site of Vindolanda, an ancient Roman fort just south of Hadrian’s Wall. A mysterious bronze hand was also discovered during an excavation at Vindolanda. 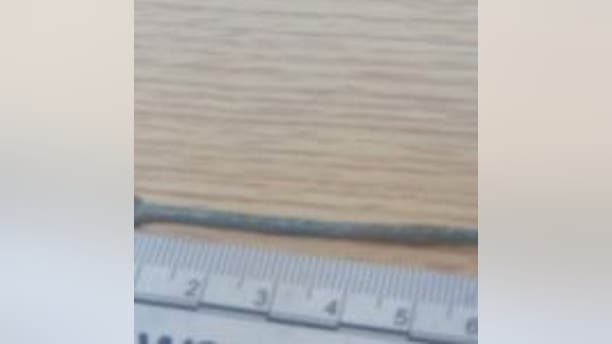 In 2017, a trove of artifacts, including Roman swords, was discovered at the former fort. Researchers also found 25 wooden ink documents at Vindolanda, offering a fascinating glimpse into everyday life in the Roman Empire.

Elsewhere in the U.K. other Roman sites have been revealing their secrets, such as mysterious villa at Abermagwr in west Wales and a 2,000-year-old cemetery in Lincolnshire.

Archaeologists in Leicester also unearthed a 1,600-year-old Roman mosaic and lifted it out of the ground. The mosaic floor, which dates from the late 3rd or early 4th century A.D., was discovered next to a parking lot by the same team that found the remains of Richard III in the city. 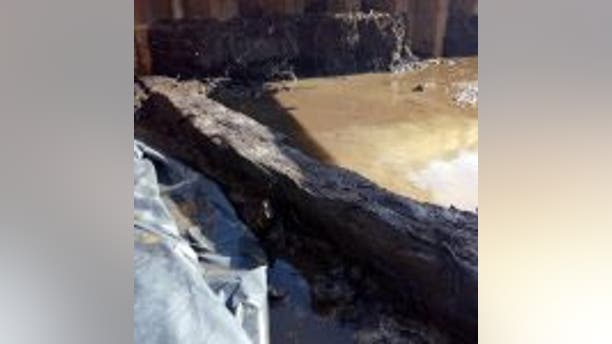 A piece of timber, which may have been used in an ancient construction project, was found at the excavation site.(Ebbsfleet Development Corporation)

In 2014, a stunning hoard of ancient silver, believed to have been used as bribes by Romans, was found with a metal detector by a teenager in Scotland.