President of the American Islamic Forum for Democracy Dr. Zuhdi Jasser said Saturday that failures in combatting terrorism -- both domestic and abroad -- will continue to "repeat themselves" unless NATO allies develop an all-Western approach.

Appearing on "Fox & Friends: Weekend" with host Ed Henry, Jasser said that the London bridge stabbing attack on Friday that left two dead and three injured "had every hallmark of warnings we should have heeded, but the failures continue to repeat themselves."

British Prime Minister Boris Johnson said afterward that it had been a "mistake" to grant an early release to the suspect, an ex-convict who was shot and killed by police. The 28-year-old man was released from prison just last year after pleading guilty to terror charges.

Jasser said that western nations have failed to fight terror because of three things: monitoring, combatting radical ideology, and vetting. 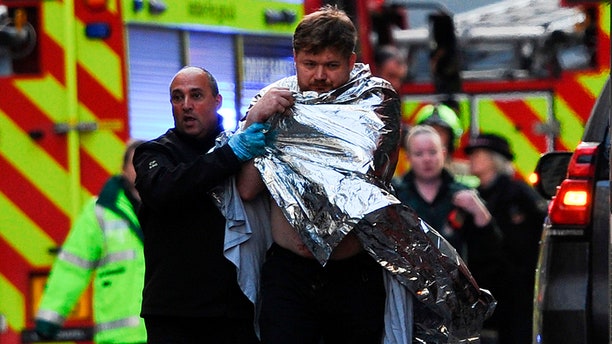 "So, we're not realizing that even the way we're approaching the problem, which is approaching the violence and not the ideology, they're embracing individuals and organizations," he said.

With the NATO summit approaching next week, Jasser argues that in order to be effective against these kinds of terror attacks in the future, "we need an all-of Western approach."

"This is an all-of NATO problem," he stated. "So, we need to be working together with NATO to have better intelligence of those we are monitoring and to have a better upstream approach and to stop working with Muslim brotherhood groups and other Islamist ideologues upstream just because they're nonviolent."