Hice told Fox News the alleged “vile, disgusting, lewd and inhumane” attack would be treated much differently if he were a woman.

"[Lemon] put his hand down the front of his own shorts, and vigorously rubbed his genitalia, removed his hand and shoved his index and middle fingers into Plaintiff's mustache and under Plaintiff's nose," according to the lawsuit, filed Aug. 11, 2019 in Suffolk County Court.

Lemon offered a six-figure settlement before talks broke down and the formal complaint was filed, according to Hice.

“I’m not doing this for notoriety or fame, I’m doing this because I’m standing up for myself and what I believe in,” Hice told Fox News. “I’ve grown a new respect for people dealing with mental health issues because stress, depression, anxiety, those are all very serious things. It consumed my life.” 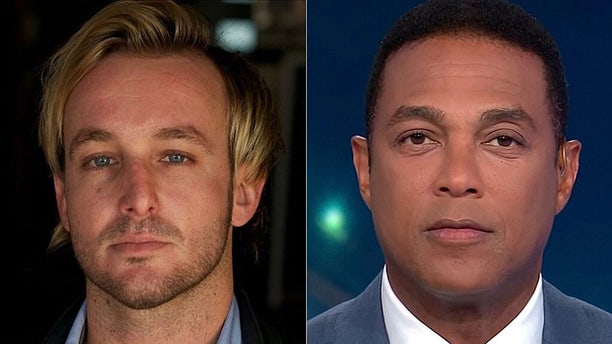 CNN did not respond to a series of questions from Fox News, including a request for comment regarding Hice’s claim that Lemon offered him a six-figure settlement.

Lemon was served with the complaint Wednesday. The case was moving to discovery, according to a source close to Hice’s legal team.

CNN did not immediately respond with a comment regarding the complaint being served.

“I’ve grown a little skeptical of the news after what’s happened to me, nobody acknowledges it anymore,” Hice said. “The hypocrisy, he is a black, gay, liberal and supposed #MeToo advocate but when it doesn’t fit their narrative, or it's one of their own, they don’t even address it.”

Lemon allegedly asked a crude question about Hice’s sexual preference during the physical confrontation, leaving him “shocked and humiliated,” according to the suit. The alleged incident occurred at Murf’s Backstreet Tavern, in the prestigious Hamptons area east of New York City in July 2018.

CNN initially denied Hice’s account and said Hice seemed to bear animosity toward the cable news network. But, Hice said he didn’t watch much CNN, with the exception of “Anthony Bourdain: Parts Unknown,” before the alleged incident and had no reason to trash the network.

Last year, the New York Post cited a “source close to Lemon” who said Hice asked for $1.5 million in exchange for not filing the lawsuit. Hice admitted that $1.5 million was a figure discussed during settlement talks but said it’s only part of the story. 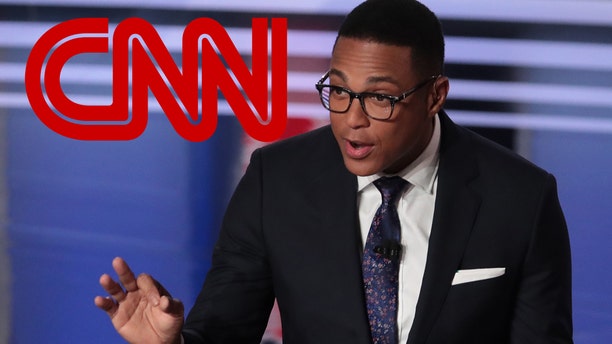 CNN anchor Don Lemon has been accused in a lawsuit of assaulting a man in 2018. (Scott Olson/Getty Images, Montage)

“They painted me as trying to extort $1.5 million from him but they never mentioned that he offered many times over six figures to settle. He tried to make payments on that and I said, ‘No thank you,’” Hice said. “I think that when he went to CNN and [denied the accusations], he probably failed to mention that he offered me well over six figures in the settlement process.”

While Hice wasn’t particularly opinionated about CNN before the alleged incident, he has since paid close attention to Lemon’s show.

“I don’t want to see his face on the news anymore because he’s a blatant liar and hypocrite,” Hice said, pointing to a Sept. 2018 segment when Lemon discussed the various ways victims of sexual harassment dealt with the aftermath and trauma.

“It was only two months after he assaulted me,” Hice said. “This is something that I’m going to be healing from and recovering from for the rest of my life.”

Hice said he didn’t want to take the spotlight away from female victims of abuse and said he developed a strong sympathy for anyone going through similar struggles.

“The media has labeled me as an ‘accuser,’ as opposed to a ‘victim,’ just because I’m a male,” he said. “I’ve been struggling, but there is a lot of people that have gone through a lot worse things than somebody rubbing their genitals and putting it in your face, as disgusting and vile as that is. There are people that have been raped and worse.”

Hice said he took a polygraph test with a former FBI profiler to prove to people close to him that he’s telling the truth.

“I passed with flying colors, this guy hooked me up to this whole machine, it was nerve-wracking but I just wanted to prove that I’m not lying,” Hice said. “Witnesses saw this happen. The whole town of Sag Harbor knew.”

Last year, when the suit initially was filed, Fox News spoke with George Gounelas, one of the witnesses named in the suit who was Hice’s boss at the time of the alleged incident.

Hice approached Lemon to strike up a conversation but the newsman declined, according to Gounelas, who said he and Hice then offered to buy Lemon a drink, which the CNN host also declined.

Hice told Fox News he simply wanted to be able to share a story of taking a shot with the CNN host and was not hostile, confrontational or looking for trouble.

“He took offense to it, or took it as me flirting, and that’s when he decided he’s above the law and can do whatever the hell he wanted,” Hice said.

Gounelas said that a few moments later, Lemon came up to them.

“Don Lemon has now come around the corner and is standing face to face with us. There is a beam, a pole, in the place. Don’s standing up against the pole, face to face with Dustin, I turn around and I’m standing right there between the two of them,” Gounelas said. “He’s saying, ‘So, you like me? Is that why you’re bothering me?’”

Gounelas told Fox News he couldn’t recall what Lemon said verbatim, but it was “along the lines of, ‘Do you like me? Is that why you’re bothering me, because you wanna f--- me?’”

“He put his hands down his pants, inside his board shorts, grabbed his [genitals], and then came out with two fingers and, like, clipped Dustin’s nose up and down with two fingers asking ‘do you like p---- or d---?’” Gounelas said.

Gounelas also said he laughed during the alleged incident and immediately mocked Hice as “gross” because of Lemon’s alleged actions – but Hice didn’t think it was a laughing matter.

“Dustin was in this shock mode, saying, ‘Bro, did that just happen? That was disgusting,’” Gounelas said, noting that the story followed Hice. “Every time we went out, every bartender offered him a lemon drop shot, making fun of him. He got some sh-- for it.”

“The plaintiff in this lawsuit has previously displayed a pattern of contempt for CNN on his social media accounts,” a CNN spokesperson told Fox News in a statement when the suit was first filed last year. “This claim follows his unsuccessful threats and demands for an exorbitant amount of money from Don Lemon.”

“Don categorically denies these claims and this matter does not merit any further comment at this time,” the CNN spokesperson added last year.