Dolly Parton is being called out by her sister for posing for pictures with former publicist Kirt Webster, who was accused of sexual assault and harassment in 2017, at Wednesday night's CMA Awards.

Webster, the former celebrated publicist for Parton, Charlie Daniels, Kenny Rogers, and a host of other country stars, was accused of drugging and sexually assaulting an aspiring country singer on multiple occasions, asking for oral sex in exchange for meet-and-greets with Parton, and running a work environment that was "running rampant" with sexual harassment.

Webster has repeatedly denied all claims against him.

"I have noticed new photos from backstage at the CMAs last night and Kirt Webster the publicity person who had dozens of sexual assault allegations brought against him last year was front and center," Stella Parton wrote on Facebook on Thursday. "I saw photos of him in my sister Dolly’s dressing room standing with her smiling like a Cheshire Cat! These predators feel entitled to do the horrific things they do and even super stars [sic] like my sister, Billy Ray Cyrus, Tanya Tucker and others that he represented won’t say a word."

KIRT WEBSTER ACCUSATIONS: WHAT TO KNOW ABOUT THE CLAIMS 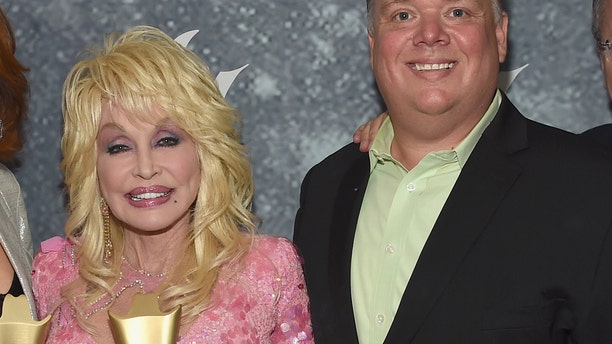 Stella continued: "It’s been proven that he never stopped working for one day after the scandal broke last year. It is a shame on the artists who stay silent and the CMAs for condoning this man’s perverted acts. My sister’s management is just as complicit in this scandal."

Neither Dolly Parton nor her management team returned Fox News' requests for comment. The "Jolene" singer fired her longtime publicist shortly after the allegations against him surfaced in November 2017. At the time she stated: "I've worked with Kirt Webster for many years and he has done a wonderful job. I am hoping that the accusations are not true." 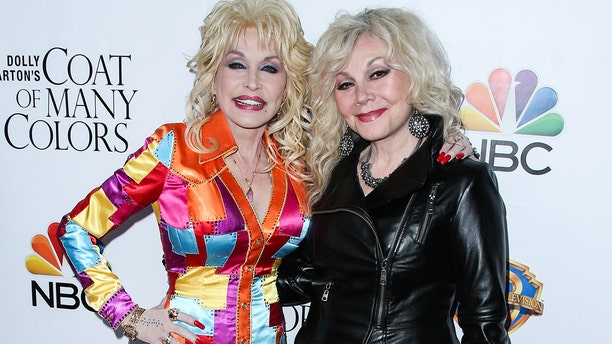 Webster told Fox News on Thursday that he attended the CMA Awards as a guest of singer Janie Fricke and he was "overwhelmed with positive welcoming reactions."

'It is a shame on the artists who stay silent and the CMAs for condoning this man’s perverted acts. My sister’s management is just as complicit in this scandal.'

"We have all made mistakes and we have paid the consequences of those mistakes," Webster said in an emailed statement. "We have all been accused of things (big and small) that we haven’t done. Life is a roller coaster, you have highs and lows, you just hope you have more highs than lows. Redemption is an amazing thing. God is good!” He added that no lawsuits or criminal charges were brought against him.

Multiple sources told Fox News that Webster's presence came as a surprise and made them uneasy. 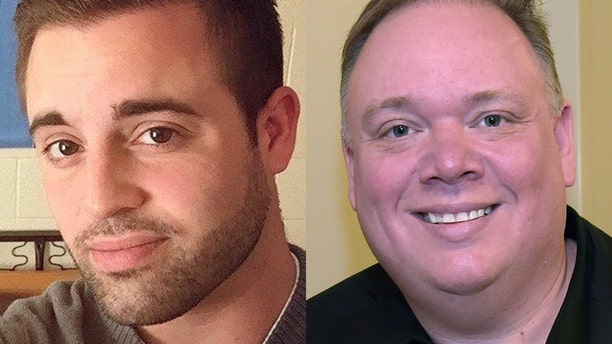 Former country singer Austin C. Rick, left, is writing a book about his experience with Webster. Webster said he and Rick were in a consensual relationship and denied all allegations of assualt. (Courtesy/Getty)

Country singer Meg Linsey wrote on Facebook in response to Webster's attendance: "Wow! Did anyone else see him there? So many stories about CMA’s this morning but nobody is writing this one?" She added in the comment section "gross" in response to the picture with Parton and later added, "Nashville is a coward."

'We have all made mistakes and we have paid the consequences of those mistakes.'

Former aspiring singer, Austin Rick, who told Fox News in 2017 that he suffered “terrible, terrible” abuse at the hands of Webster in 2008, claimed at the time that Webster repeatedly "drugged and sexually violated" him when he was Webster's client. Webster denied Rick's claim and said the pair had a consensual relationship.

In 2017, a former intern of Webster, Cody Andersen, told Fox News that while he was at Webster PR in 2010, Webster would speak openly about a number of sexually graphic topics, like owning a 24-carat gold sex toy. He also said Webster often told sexually explicit stories about his employees. When asked for comment at the time regarding Anderson's allegations, a spokesperson for Webster said she had no additional information. 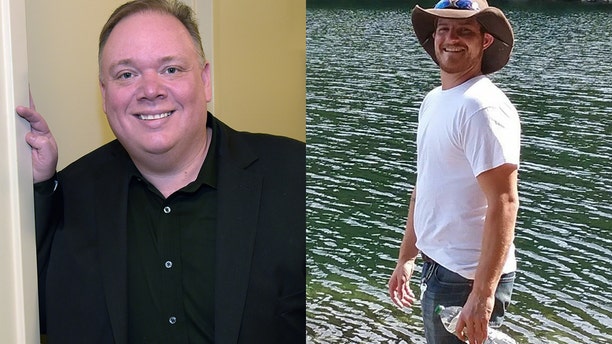 She also stated that Webster will take "some time away from the business to focus on combating the egregious and untrue allegations made against him."

A former employee previously known to Fox News, who wished to remain anonymous, said in 2017 that Webster touched him inappropriately on “multiple occasions” adding there are “so many” stories similar to his.

Webster has worked in the music industry in Nashville for over 20 years. In addition to clients like Dolly Parton, his firm has also helped artists like George Jones and Kenny Rogers with their marketing campaigns.