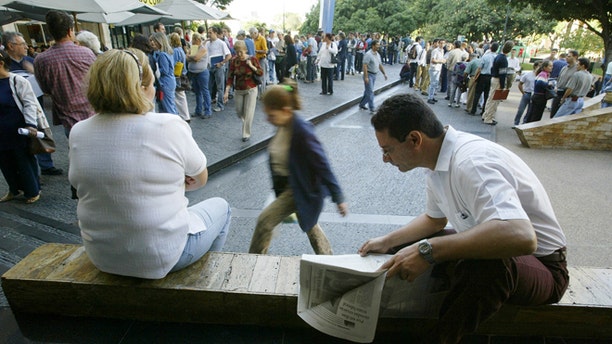 Hundreds of Venezuelans stand in line to apply for a Spanish passport in Caracas, January 10, 2003. (Reuters)

Along with basic food, medicine and even toilet paper, Venezuela now lacks the materials to meet to the soaring demand for new passports – making it almost impossible for those few Venezuelans with the monetary means of escaping the troubled Latin American nation to do so.

While estimates of how many passport requests the socialist government received last year vary from between 1.8 million to 3 million, only 300,000 of the elusive documents were doled out. Everyday, hundreds of people line up outside the passport agency, known as Saime, in the capital of Caracas in the hopes of obtaining one.

It’s an ironic, and yet sad situation, for a country that used to be one of Latin America’s wealthiest and one that was used to seeing people flock to, not away from.

“People used to move to Venezuela from all over the Americas, Europe and Asia and now they are all trying to leave,” Sonia Schott, the former Washington, D.C., correspondent for Venezuelan news network Globovisión, told Fox News. 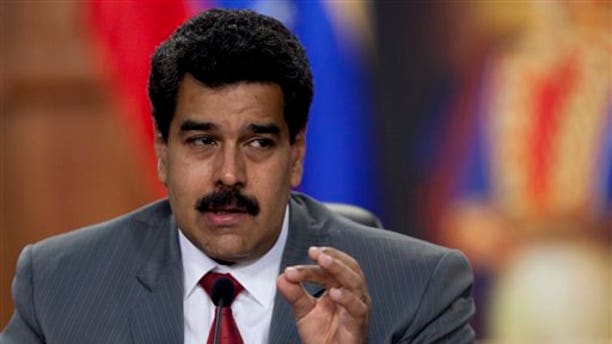 But in 1999 with the rise to power of late leader Hugo Chávez – whose social and economic reforms endeared him to the poor, but also set up an unsustainable system of state spending – Venezuela’s economy began to creep toward a crisis.

The situation has been exacerbated by Chávez’s successor, Nicolás Maduro, who took power in 2013. Since global oil prices plunged in 2015, Venezuela hasn’t had the funds to import basic goods such as food and medicine, creating acute shortages and stirring anger toward Maduro.

Adding to the overall misery are a drastic rise in violent crime – especially in the capital city of Caracas – rolling blackouts and widespread and often times bloody protests against the government. There have been casualties and deaths on both sides of the protests and accusations from the international community of human rights abuses and political oppression.

Tomás Páez – author of “The Voice of the Venezuelan Diaspora” – told Bloomberg that since Chávez took power in 1999 nearly 2 million Venezuelans have fled the country and hundreds of thousands are marking their time until they obtains the funds and the passport that will allow them to leave.

Maduro has acknowledged the issue of the chronic shortages in passports and last week launched a new “online” option that will rush a passport to customers within 72 hours for about double the price of waiting in line. The website, however, has crashed numerous times and it is unclear how many passports have been expedited through this process.

Saime has stated that the backup in processing passport applications is because the agency lacks enough “materials,” but did not specify what that means. Observers say that while the government may not be able to afford the paper to make the passport. Paper products in the country, including toilet paper, are in short supply in Venezuela.

But skeptics think the Maduro government may also be trying to keep people from leaving the beleaguered nation.

“People with the means to get out want to, but the problem is you need a passport and you can’t get it,” Cynthia Arnson, the director of the Latin American Program at the Woodrow Wilson Center told Fox News. “It’s kind of an excuse by the Venezuelan government that they don’t have materials, because they know the real reason people want a passport is to leave the country.”

The difficulty obtaining passports has led those wealthy enough to pay off government officials or those with connections to fixers to cough up hundreds of dollars to expedite the process.  Most of Venezuela’s 30 million resident, however, don’t have that kind of money as the monthly minimum wage in the country comes to less than $30 a month on the black market.

“The pressure that Venezuelans face every day is tremendous because of all the uncertainty,” Schott said. “Nobody knows what will happen the next day.”