Radioactive cloud floating over Europe is nothing to worry about, experts say 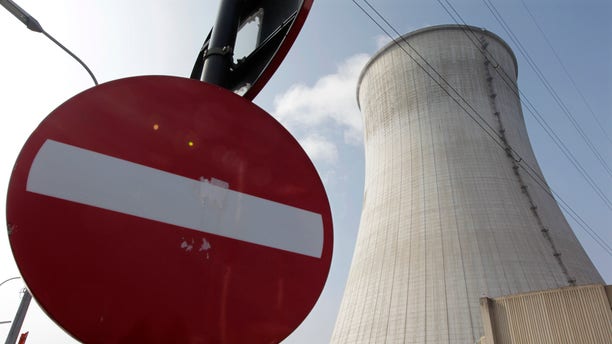 FILE - In this March 16, 2011 file photo, steam is emitted from the cooling tower at the nuclear power plant in Tihange, Southeast of Brussels. A Belgian utility company said on Wednesday, Feb. 27, 2013 that an unexploded World War I shell was found on the grounds of the nuclear power plant but was safely removed by military experts. An Electrabel spokeswoman said the shell was found during construction work Wednesday in front of an administrative building outside the reactor’s fenced security perimeter. Staff were briefly evacuated. (AP Photo/Yves Logghe, File) (The Associated Press)

Officials in Europe said they began detecting unusually high levels of ruthenium 106, a radioactive atom that does not occur naturally, near France in the last week of September.

The IRSN immediately “mobilized all its means of radiological monitoring of the atmosphere and conducted regular analysis of the filters from its monitoring stations,” the agency said in a press release.

IRSN director Jean-Marc Peres told Reuters that the leak likely came from a nuclear fuel treatment site or center for radioactive medicine in Russia or Kazakhstan, not a nuclear reactor.

The radioactive cloud poses only an “extremely low” risk of contaminating mushrooms and other foodstuffs that are imported into France, the IRSN said in a statement.

“The potential health risk associated with this scenario is also very low,” the IRSN said.

In January, the IRSN similarly assured Europeans that the small amounts of nuclear radiation that were blooming throughout Europe were nothing to worry about.