A paramedic involved in the rescue operation when a volcano erupted on an island in New Zealand teeming with tourists said Tuesday the scene resembled something out of HBO's “Chernobyl” miniseries.

The New Zealand police said late Tuesday that a person who was being treated after the Monday eruption on White Island at the Middlemore Hospital has died, bringing the official death toll to six. Eight people who were reported missing are presumed dead, and bodies of the deceased are being transported to Auckland.

One of the first responders involved with the initial rescue operation of tourists on the island about 30 miles offshore from mainland New Zealand told TVNZ the scene "was quite an experience."

"It was like I have seen the Chernobyl mini-series and everything was just blanketed in ash, it was quite an overwhelming feeling, you know? There was a helicopter on the island that had obviously been there at the time, with its rotor blades off it," Russell Clark told TVNZ. 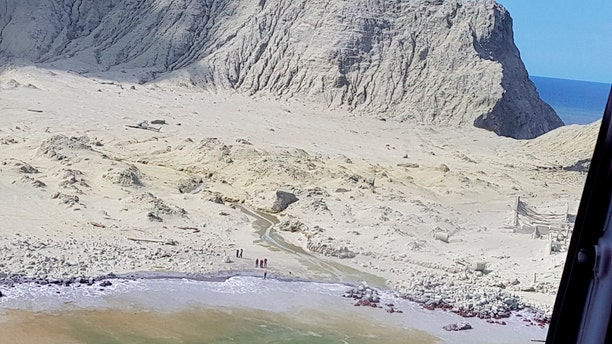 "It's quite a shocking experience, I suppose, but we have to try and put that aside for now and get on with what we're doing," he added.

New Zealand Police said that there were 47 people on the island at the time of the eruption, including 24 people from Australia, nine Americans, two from China, four from Germany, five people from New Zealand, two from the United Kingdom, and one person from Malaysia. Many were passengers aboard the Royal Caribbean cruise ship Ovation of the Seas. 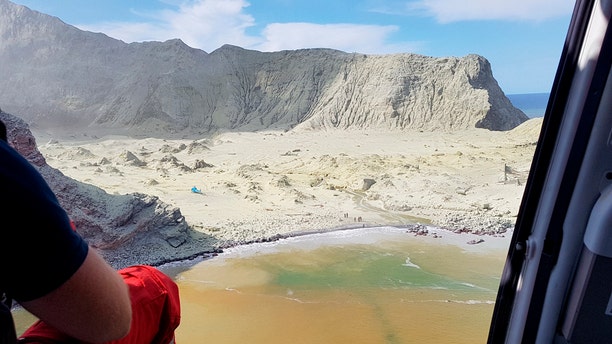 About 30 of the survivors remained hospitalized on Tuesday, many flown to burn units around the country, including an American couple who were spending their honeymoon on a cruise.

"It's pretty overwhelming, I mean the amount of dust and it really hits home that, you know, I can only imagine what it was like for the people that were there at the time - they had nowhere to go and an absolutely terrible experience for them," Clark said. 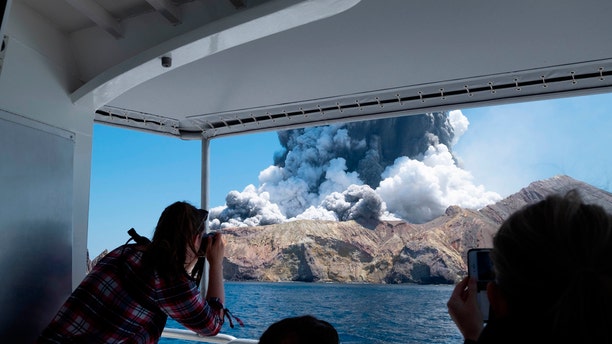 Shortly after the volcano erupted, Clark said that first responders were getting reports over the ambulance radio that there were "multiple patients" already.

"We were getting status updates so we knew there were high acuity patients, very, very critical patients," he said. "But in the back of our mind we could see a massive plume of [smoke] coming from the island, but as our experience sort of shows, we sort of remain very open-minded, because situations always evolve." 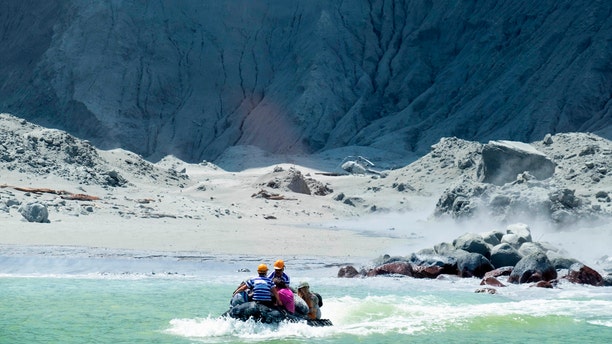 When he flew to the island, he said the scene was "quite devastating."

"We didn't find any survivors on the island. And it was... yeah, it would've been quite traumatic for them," he told TVNZ.

"Those pilots made an incredibly brave decision under extraordinarily dangerous circumstances in an attempt to get people out," she told reporters  Tuesday. "To those who have lost or are missing family and friends, we share in your unfathomable grief and in your sorrow."

Unstable conditions continue to hamper rescue workers from searching for people missing and feared dead after the volcano erupted in a towering blast of ash and scalding steam while dozens of tourists explored its moon-like surface. New Zealand police said that the agency is working with Fire and Emergency New Zealand to determine conditions on the island including gas levels in the atmosphere in order to begin the recovery mission on the island. 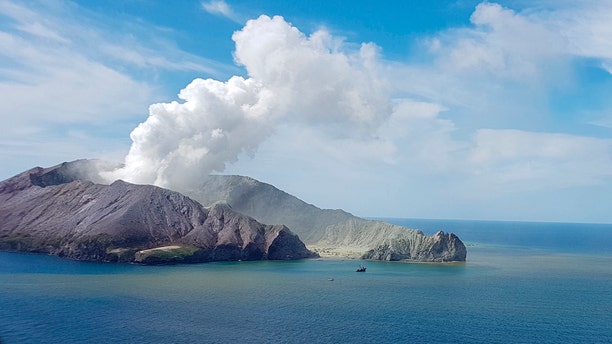 "We understand people’s desire to recover their loved ones and we are working around the clock to get onto the island so we can recover them as soon as possible," authorities said.

Windy conditions have meant that drones carrying equipment to collect and analyze gas levels have been grounded, but are expected to take flight once the weather improves.

Geoff Hopkins, who was in a boat offshore after visiting the island with his daughter as a 50th birthday present for him, told the New Zealand Herald the eruption at first looked beautiful but quickly turned menacing.

As injured people were transported onto their boat screaming in pain, Hopkins and his daughter Lillani poured freshwater onto them, cut them out of their clothes and tried to keep them calm. He told the Herald they were “horrifically" burned on their exposed skin and faces, even under their clothes.

Clark said the eruption and lasting effects was a "devastating" experience for everyone involved.

"Both traumatic and emotional recovery is going to take a long time," Clark said. "And injuries are one thing, but then the emotional aspect is probably lifelong and not just for the victims, but also their families and their loved ones and extended families and that, so, it is quite a traumatic experience and, yeah, it's going to be ongoing."