A University of California, Davis graduate was stabbed to death Tuesday evening in what appeared to be random attack while walking a dog in Washington, D.C.

Margery Magill, 27, was found on a sidewalk in the northeast part of the city with multiple stab wounds. She worked part time for Rover, an online dog walking company, and was walking a dog for a family in the area, according to WRC-TV.

Eliyas Aregahegne, 24, was arrested and charged with first-degree murder Wednesday. The attack was not an attempted robbery or sexually motivated, police told the news outlet, and the suspect did not appear to be under the influence of drugs or alcohol. 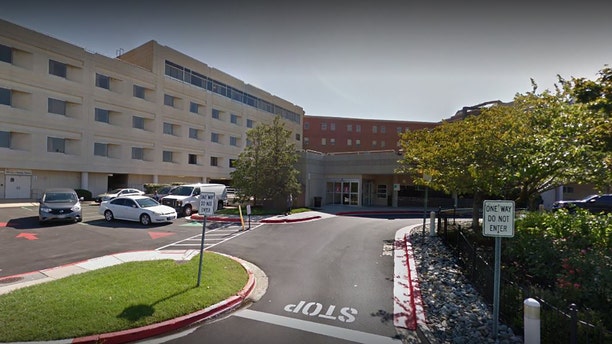 Magill was found in front of the MedStar Washington Hospital Center on Irving Street NW just before 9 p.m. (Google Maps)

A nearby neighbor said he heard a scream.

"Came downstairs and came out with my wife and all we saw was a dog across the street with a leash and no human and we knew something was wrong," Chris Chambers told WRC. "We looked down and we found the young lady on the sidewalk in front of our house, bleeding."

"It's absolutely tragic. I still can't wrap my head around it," Magill's sister, Raeann Magill, told WRC. "You know, out walking a dog and to be attacked like that. How can anyone even fathom that? I mean, it's truly tragic and I even think to myself, why her?"