A former member of a Northern Ireland militant group convicted of crimes committed during that country's sectarian conflict in the 1980s has been granted a temporary reprieve from deportation by the Trump administration, officials said Monday.

New York lawmakers from both parties lobbied for Malachy McAllister to be allowed to stay in the United States. He was scheduled to be deported last week before receiving a six-month stay, Reuters reported.

“As provided for under existing DHS policy, this stay has been granted as a courtesy to ensure Congress has the time and information it needs to consider the pending private immigration bill," a Department of Homeland Security spokesman told The Irish Times.

The agency did not immediately respond to a Fox News request for comment.

McAllister, 59, who owns a construction business, was a member of the Irish National Liberation Army (INLA), a militant group active during the "Troubles," the three-decade conflict that pitted Catholic nationalists seeking to reunify Ireland against Protestant unionists, which favored remaining part of the United Kingdom.

McAllister was convicted of plotting to shoot and kill a police officer and acting as a lookout in a 1981 attack on another officer. 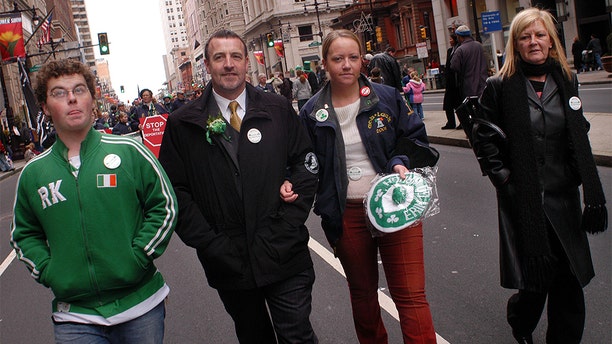 He was released from prison in 1985. He fled Belfast in 1988 and took his family to Canada where they were denied asylum. They entered the U.S. on tourist visas in 1996 and were ordered deported three years later.

An immigration appeals board ordered him deported in 2003 for engaging in terrorist activities. The Third Circuit Court Appeals upheld the board's decision in a 2006 ruling. President Trump's sister, Maryanne Trump Barry, a retired judge who served on the court, concurred with the ruling but asked that McAllister and his family be allowed to stay in the U.S. Reuters reported that McAllister had received regular stays of removal under previous administrations.

Rep. Peter King, R-N.Y., said he mentioned Barry's commentary when he spoke with Trump last month to lobby for McAllister to remain in the U.S.

He said the White House was working on a more permanent solution.

“Whatever happened back in Belfast, he’s paid his time,” said Rep. Eliot Engel, D-N.Y., one of the lawmakers who lobbied on McAllister’s behalf. “He’s a different person now.”