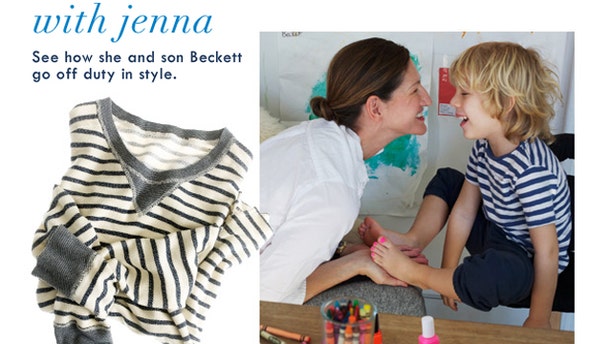 The president and creative director J.Crew, who in April appeared in a controversial ad for the clothing company featuring her young son with his toenails painted hot-pink, is reportedly leaving her artist husband for another woman.

The New York Post’s Page Six reported that Jenna Lyons, who earns around $5 million a year, has been involved in a divorce battle over her money and custody of their son, Beckett, who appeared in the J.Crew ad.

The ad was on Lyon’s favorite products list and said, “Lucky for me I ended up with a boy whose favorite color is pink. Toenail painting is way more fun in neon.”

But others, like Jo B. Paoletti, author of “Pink and Blue: Telling the Girls From the Boys in America,” said critics were overreacting.

“Lots of kids, say 7 and under, might ask their parents for something that would seem to be cross gender, and I think most parents, especially in the privacy of their own home might think, what’s the big deal?" Paoletti said.