A Tennessee police officer is in critical condition Monday after his cruiser was hit by a car driven by a mother who was driving under the influence with her 2- and 3-year-old in the car, police say.

The Memphis Police Department says the incident unfolded early Sunday morning in Overton Park as the officer’s vehicle was blocking a road so utility crews could repair power lines that were downed by a storm.

“While the officer was sitting in his squad car, a female, Cadarius Davis, crashed into the officer's car,” the department said in a statement. “Davis was found to be under the influence and also had her small children (2 & 3 yrs of age) in the backseat when the crash occurred.” 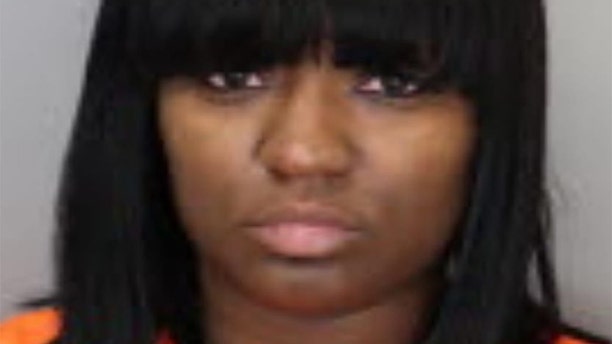 The officer, who was rushed to a hospital in critical condition, suffered a concussion and fractures to his pelvis and tailbone, The Commercial Appeal newspaper reported.

Investigators at the scene found an empty whiskey bottle on the passenger seat of Davis’ vehicle, the paper reported, citing a police affidavit.

The Memphis Police Department says Davis was uninjured in the crash and although her children were taken to a local hospital for evaluation, they appear to not have suffered any visible injuries.

She reportedly is set to appear in court Monday.