It's chilly with a chance of falling lizards.

Temperatures in South Florida dropped so low Wednesday morning that forecasters at the National Weather Service office in Miami warned residents to be on guard for falling iguanas.

"This isn't something we usually forecast, but don't be surprised if you see Iguanas falling from the trees tonight as lows drop into the 30s and 40s," the NWS Miami wrote on Twitter. "Brrrr!"

The sunshine state was seeing the coldest temperatures in almost a decade on Wednesday morning with freeze warnings posted throughout the state, according to Fox News Senior Meteorologist Janice Dean. 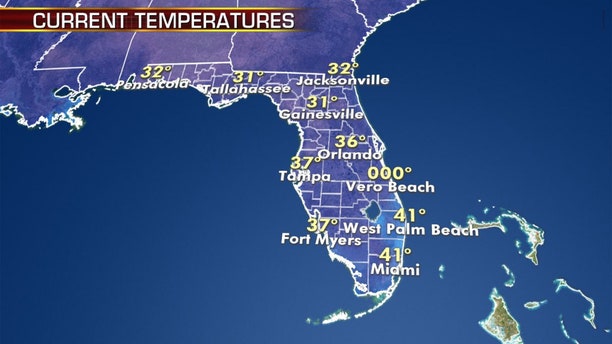 Florida was seeing the coldest temperatures since 2009 on Wednesday morning, bringing the threat of iguanas falling from trees, according to forecasters. (Fox News)

"It is so cold in Florida, they are setting record temperatures and you know they're afraid of the iguanas falling off the trees," Dean said on "Fox & Friends." "They don't freeze, they don't die, but they do kind of go into a state of hibernation, it's crazy."

The low temperatures stun the invasive reptiles, but the iguanas won't necessarily die. That means many will wake up as temperatures rise Wednesday.

Eric Blake, a scientist at the National Hurricane Center in Miami, shared a photo Wednesday morning of an iguana that appeared to be stunned on the ground.

Other photos on Wednesday morning showed stunned iguanas lying on the ground. 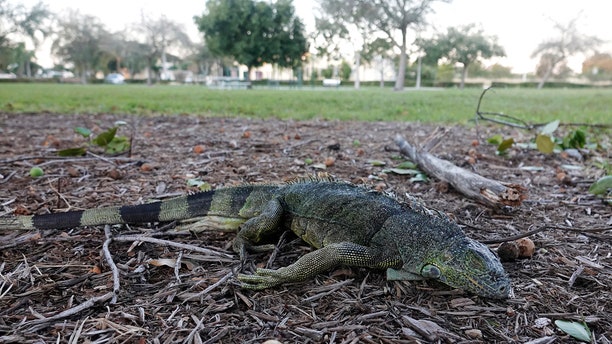 Green iguanas are an invasive species and are not native to the Sunshine State, according to the Florida Fish and Wildlife Conservation Commission. 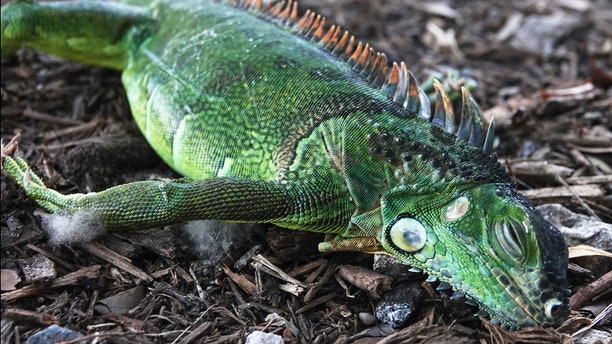 Iguanas aren't dangerous or aggressive to humans, but they damage seawalls, sidewalks, landscape foliage and can dig lengthy tunnels. The males can grow to at least 5 feet long and weigh nearly 20 pounds.

Female iguanas can lay nearly 80 eggs a year, and South Florida's warm climate is perfect for the prehistoric-looking animals.

Iguanas are native to Central America, tropical parts of South America and some Caribbean islands.

It's not the first time that residents in South Florida have spotted stunned lizards out on the pavement. Temperatures that dipped into the 40s in January 2018 resulted in photos and videos of the lizards immobilized by the cold weather, FOX13 reported at the time. 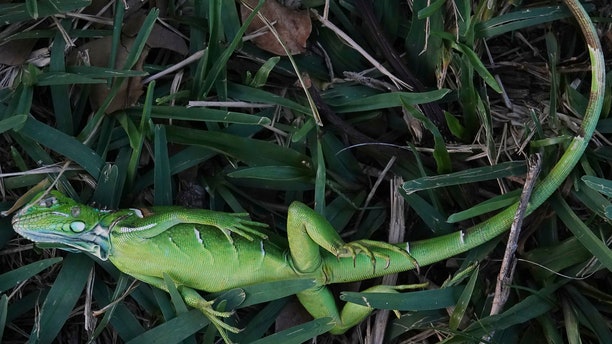 Iguanas are allowed to be kept as pets in Florida but are not protected by any law except anti-cruelty to animals. They've been in South Florida since the 1960s, but their numbers have increased dramatically in recent years.

While Miami saw its coldest temperatures in nine years on Wednesday, it was only a brief taste of winter before warmer conditions return. 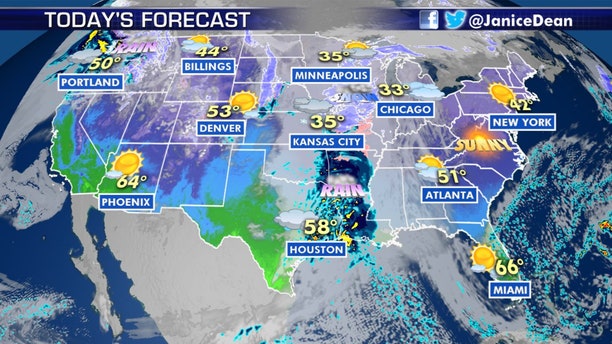 Warmer conditions are expected after the cold temperatures that have reached as far as Florid this week. (Fox News)

"This is the last day of the real cold and then things are going to start to moderate," Dean said on "Fox and Friends." "We want the iguanas to be OK."

Fox News' Elina Shirazi and The Associated Press contributed to this report.