Star Wars: Rise of the Resistance at Walt Disney World stuns as Disney’s most ambitious ride yet 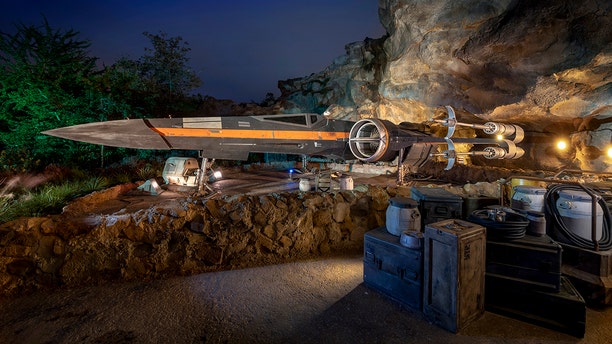 At 20 minutes, Star Wars: Rise of the Resistance is one of the longest rides at any Disney Park, and it will likely live up to the hype for most guests -- there are four different ride systems, life-like animatronic figures, massive set pieces and thousands of special effects. 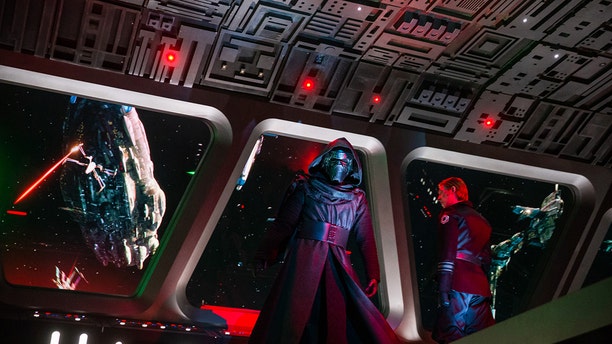 Guests come face to face with First Order Supreme Leader Kylo Ren as they stumble into the bridge of a Star Destroyer in Star Wars: Rise of the Resistance. (Steven Diaz, courtesy Disney Parks)

Fans of the current “Star Wars” trilogy will appreciate seeing the actors who play Rey, Kylo Ren, Finn and Poe Dameron, who all reprise their roles and recorded original scenes and audio for the attraction. (Many of the scenes were filmed during the production of “Star Wars: The Last Jedi” and “Star Wars: The Rise of Skywalker.”)

But the true stars of the attraction are the Disney ride operators, who adopt personas of Resistance troops or First Order officers. Just try to get those First Order troops to break character and laugh -- you may end up in a detention cell. 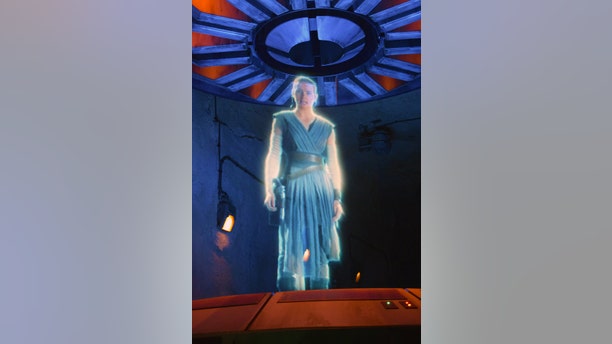 After boarding the transport ship and getting briefed by a sophisticated alien animatronic Lieutenant Bek, the idea is to feel as though you’re launched into space. During an escape from the massive hangar bay in the midst of a raging space battle, the trackless ride vehicle encounters 50-foot-tall AT-AT walkers, dodges laser blasts and cannons, and simulates a crash-landing back to the planet surface. Some of the most sophisticated technology, however, is featured in the audio-animatronic figures along the way — they're certainly a step up from singing pirates.

At times, Star Wars: Rise of the Resistance is overwhelming with the number of details, sounds and simultaneous effects. But that may only add to the ride’s repeatability. The trackless ride vehicle can move in all directions and follows different paths through the attraction, which should give repeat riders new experiences and details to observe. 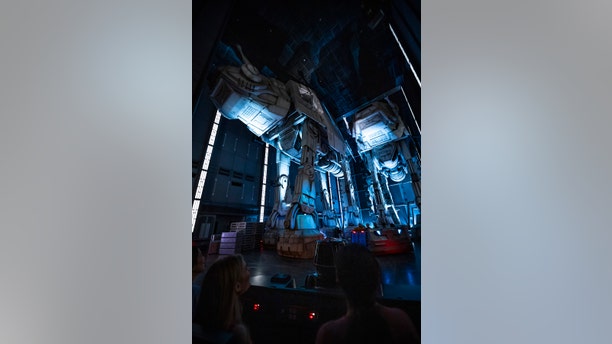 That said, the ride appears to be gaining popularity among guests — and quickly. To ensure a ride on Star Wars: Rise of the Resistance, however, guests may want to devote multiple vacation days to Disney’s Hollywood Studios to maximize the chances riding multiple times. Or, they may want a hotel close to the entrance — the closest to Disney’s Hollywood Studios is the Walt Disney World Swan and Dolphin Resort,which features a walking path from the resort to the park entrance. The hotel itself isn't on Disney Property, as it's not a Disney-owned Resort (it’s Westin Marriott brand), but the hotel receives all Disney benefits including Fastpass+, Extra Magic Hours, Resort Transportation, and usually has good deals on room rates, too.