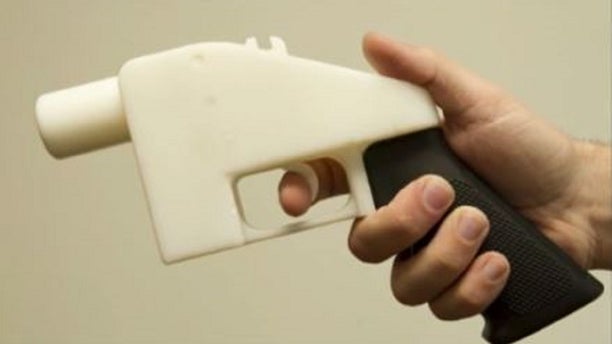 HP Inc. says it won’t allow users of its 3-D printers to produce guns unless those users are firearms manufacturers and the weapons that are created can be detected by airport security.

The Silicon Valley-based company – one of the world’s biggest sellers of personal computers and printers – cited its “regular use” policy that precludes it from allowing its printers from being used to make homemade guns.

“HP is against ‘ghost guns’ being produced on our 3-D printers,” HP Chief Executive Dion Weisler wrote in the November letter, obtained by the Oregonian/OregonLive.

HP did not say how it would stop people from using its products to make ghost guns -- weapons that are untraceable and unregulated -- and it was unclear how the policy would limit their production.

Fox News tried to contact HP for additional comments but did not receive a  response.

HP’s 3-D printers are primarily used by commercial businesses and run from $50,000 to $300,000, according to the paper. Printing experts have said determined hobbyists could probably find a way around the restrictions.

“It’s a problematic issue,” he said. “But if there’s no blueprints of the weapons online, out there for free, nobody can print those unless they’re gun specialists.”