Patrick Mahomes: What to know about the Chiefs' star quarterback

Patrick Mahomes helped the Kansas City Chiefs to an AFC Championship during the 2019 season, racking up 4,031 passing yards, 26 touchdown passes and a 65.9 completion percentage in just 14 games.

While Mahomes and the Chiefs are heading to the Super Bowl in Miami, here are some other things to know about the star quarterback before he takes the field at Hard Rock Stadium. 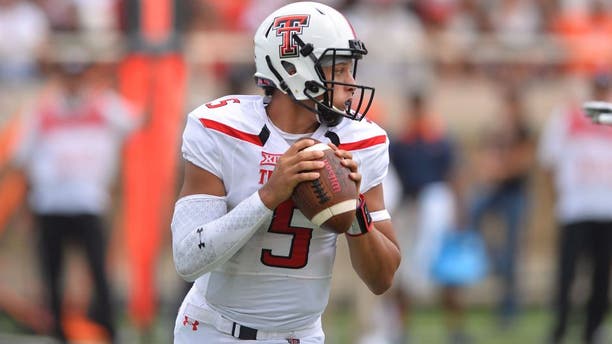 Mahomes played college football at Texas Tech. He started two of the three years he was there. In his junior season, Mahomes had 5,052 passing yards and 41 touchdown passes in the Red Raiders’ pass-heavy offense.

While it may not be fair to compare the two quarterbacks, Mahomes’ statistics in his first three seasons make it strange that the Chicago Bears selected Mitchell Trubisky with the No. 2 of the 2017 draft. Mahomes had already proven his worth and he has only been the Chiefs’ starter for two full seasons. 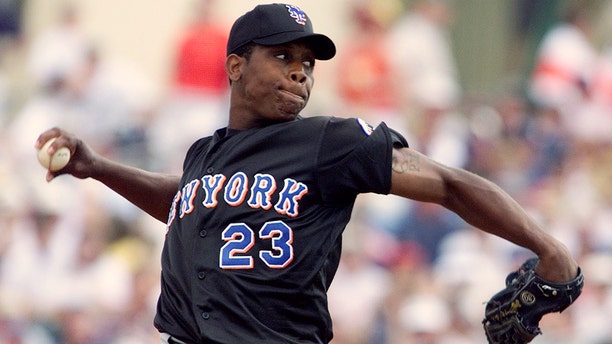 Pat Mahomes played in the majors from 1992 to 2003. He put on uniforms for the Minnesota Twins, Boston Red Sox, New York Mets, Texas Rangers, Chicago Cubs and Pittsburgh Pirates.

The quarterback has not shied away from the national spotlight and it’s something that he’s inherited from his father. Former Mets manager Bobby Valentine told ESPN last January that the pitcher wanted the baseball in the big moments.

“I always felt I could count on Pat,” Valentine said. “He was one pitch short for a starter, but he was the perfect long man and a godsend for us. He could throw every day, he was a great athlete for a pitcher, and a joy to have on the team. His fastball was pretty straight and it got caught a couple of times, but you always wanted someone on the mound who wasn't afraid. And Pat was never afraid in big games.”

Pat Mahomes told ESPN before his son’s AFC Championship game against the New England Patriots last year that there aren’t too many events bigger than the World Series which was why he said, “I don't think any moment now is ever too much for Patrick.” 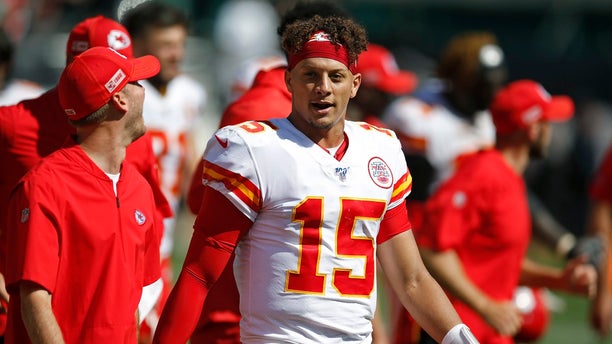 Mahomes wasn’t thrust into a starting quarterback role when the Chiefs drafted him. Mahomes had to sit a season because Kansas City already had a quarterback they were confident in: Alex Smith.

The Chiefs traded for Smith in March 2013 from the San Francisco 49ers. He was the starting quarterback for the Chiefs for five seasons and never had a losing record with the team. But Mahomes inherited the job after the 2017 season. Kansas City didn’t get further than the divisional round under Smith.

Kansas City traded Smith to the Washington Redskins prior to the start of the 2018 season. 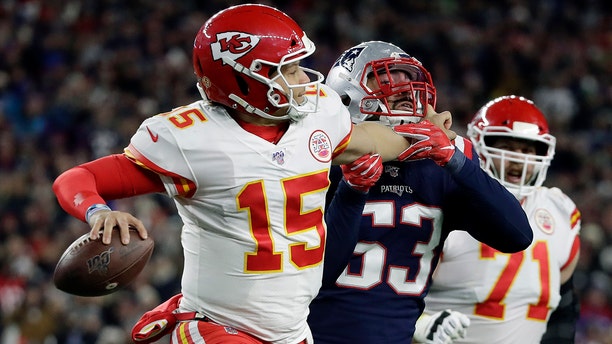 Mahomes had a breakout year in his first full season as the Chiefs’ starting quarterback. For some time during the year, he was on pace toward breaking the single-season passing touchdown record.

Mahomes finished short of the record, throwing 50 touchdown passes with 5,097 passing yards. He won the NFL MVP Award, the AP Offensive Player of the Year Award and was named to the Pro Bowl and All-Pro teams for the first time in his career.

He got the Chiefs to the AFC Championship game, but the Chiefs lost in overtime to the Patriots. Mahomes was 16-for-31 in that game with 3 touchdown passes. 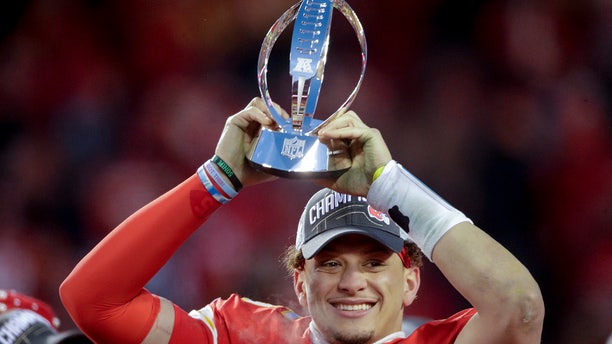 Mahomes is leading the Chiefs to the Super Bowl for the first time in 50 years. (AP Photo/Charlie Riedel)

Mahomes’ season was thought to be over when he left Week 7’s game against the Denver Broncos with a dislocated kneecap. He missed just two games and thanks to a bye week, the quarterback was throwing passes again by Week 10. The injury may have put the brakes on a possible historic season but he got the Chiefs back to the playoffs.

Mahomes led the Chiefs to their first AFC Championship with a win over the Tennessee Titans. Kansas City gets back to the Super Bowl for the first time since 1970.