Dallas Cowboys owner Jerry Jones may have been angry with head coach Jason Garrett and his coaching staff, but there was one thing they both agreed on: not using analytics to make in-game decisions.

Analytics, which has mainly been used in baseball and basketball, has become more prevalent in the NFL over the last few years. However, Garrett and Jones both thumbed their nose at using numbers to enhance their abilities to make decisions on the field.

Garrett was asked about his decision-making when the Cowboys had the ball on the New England Patriots’ 11-yard line while being down 13-6 during Sunday’s game. Dallas elected to kick a field goal to make the game 13-9, instead of trying for a touchdown. Kicking the field goal meant the team would need a touchdown to win the game, amid bad weather and against the Patriots' stingy defense. 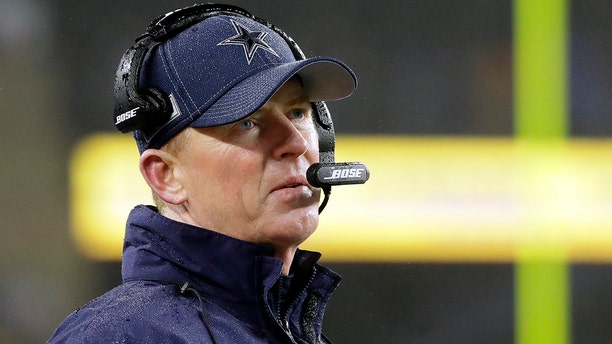 Dallas Cowboys head coach Jason Garrett watches from the sideline in the second half of an NFL football game against the New England Patriots, Sunday, Nov. 24, 2019, in Foxborough, Mass. (AP Photo/Steven Senne)

He explained his reasoning on 105.3 The Fan on Monday, saying there was some time left on the clock for the defense to make a stop and for the offense to get the ball back and he wanted to “make sure you give yourself an opportunity to come back the other way” with about three minutes left in the game and three timeouts remaining.

The radio hosts then asked Garrett about win probability and whether the team has information about the stat and whether they use it during the game.

“Yeah, we don’t use those stats within the game,” Garrett said, adding that it was “just not something we think is best for our team” and that “different people have different approaches.”

Jones appeared to agree with Garrett about the math during his spot on Tuesday. He said analytics were “good to know” but they don’t usually take those numbers into consideration during the game. 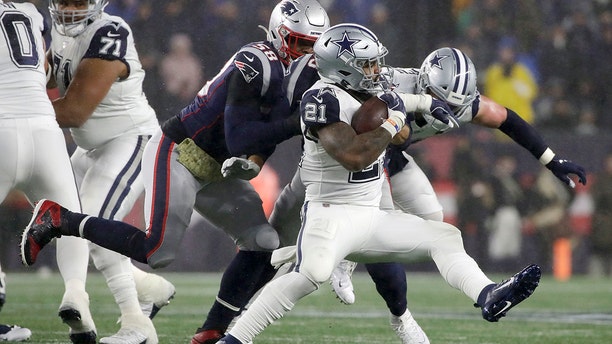 “I've had my biggest success when I'm sure analytics have said make the other decision the other way,” Jones said.

According to Pro Football Focus, kicking the field goal in that spot cost Dallas a 6 percent chance to win the game. New England eventually finished off the win, 13-9.

Dallas is 6-5 this season and while the loss definitely hurts in the long run they are still in first place in the NFC East division over the Philadelphia Eagles. Dallas plays the Buffalo Bills on Thursday.