What is Burisma Holdings? The story behind the scandal-tied Ukraine firm that hired Hunter Biden

Burisma Holdings has been thrust into the media limelight as the Democratic-controlled House presses forward with its impeachment inquiry into President Trump’s dealings in Ukraine.

But lost in much of the coverage of the dramatic hearings is what this Ukrainian natural gas firm actually does and the controversy it's generated in the past -- beyond the now well-known fact that Hunter Biden served on its board, thus arousing the suspicion of the Trump White House and touching off the series of events leading to impeachment proceedings.

TENSIONS BOIL OVER AT IMPEACHMENT HEARING, AS NUNES ACCUSES SCHIFF OF 'GAGGING' LAWMAKERS

While both sides of the aisle fiercely debate the propriety of the younger Biden's role, the company itself has long been tied to controversy.

“Burisma’s reputation in Ukraine is low, and was dubious before (the impeachment inquiry) due to the scandals surrounding the owner,” Igor Egorov, the president of the Kiev-based nonprofit Anticorruption Entrepreneurial Front, told Fox News, underscoring that it hasn’t stopped the company from financial growth.

“Burisma is among the top five oil, drilling, and production companies and planned to drill 21 new wells in 2019, expanding its production capabilities," Egorov said. "Burisma Holdings controls many companies in the oil & gas industry – the group was successful due to relations with authorities.”

The White House embroilment unraveled in late September following a whistleblower complaint, which raised alarms that Trump may have withheld military aid to Ukraine in pressuring the newly elected Volodymyr Zelensky government to investigate Hunter Biden’s recent role as a Burisma board member.

Hunter Biden joined the board after being discharged from the Navy Reserve for drug use, at a time when Burisma was engulfed in corruption investigation woes, and at a time when his father Joe Biden as vice president was leading the Obama administration’s effort to curb Ukraine’s endemic corruption. He stepped down in April when Biden announced his 2020 presidential aspirations.

Trump and his personal lawyer, Rudy Giuliani, have repeatedly made the accusation that Biden inappropriately leveraged his White House position to have Viktor Shokin, then Ukraine's leading prosecutor, fired in March 2016 to avoid implicating Hunter in corruption investigations. Joe Biden's campaign has vigorously disputed this -- saying he urged the firing for the exact opposite reason: Shokin wasn’t doing enough.

Nonetheless, Burisma is on the Washington map amid the cloud of controversy.

“Burisma is better known in the U.S. than in Ukraine,” said Alexander Paraschiy, the head of research at Kiev-based investment firm, Concorde Capital. “Experts know that the company belongs to former minister of Yanukovych government, and taking into account that Yanukovych has a poor reputation, so [does founder Mykola]  Zlochevsky.” 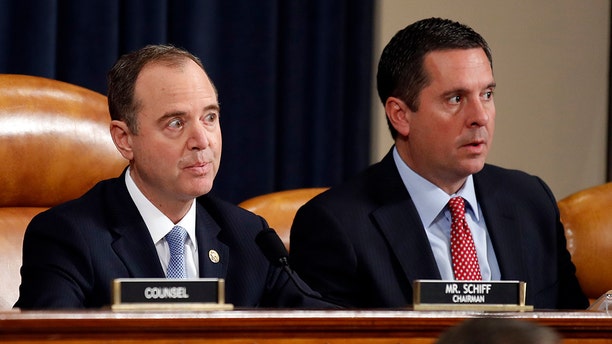 So who did Hunter Biden serve during his lucrative position earning upwards of $50,000 per month?

Burisma was founded in 2002 by oligarch Mykola Zlochevsky, who was closely aligned to the now-exiled former Ukrainian President Viktor Yanukovych. Zlochevsky served as the minister of ecology and natural resources from July 2010 until April 2012 and then as deputy secretary for economic and social security until February 2014 when the notoriously pro-Russian Yanukovych was forced to flee to Moscow.

Soon after, Zlochevsky himself absconded when Ukraine’s prosecutor general put him on the country’s watch list and opened numerous probes into his practices and multitude of businesses, flanked by allegations of money laundering and tax evasion. Moreover, questions have long swirled as to how he granted licenses for the development of mineral deposit extraction during his government post.

“[Zlochevsky] was suspected of violations while providing gas production licenses and permits to his own companies,” Paraschiy explained, emphasizing that even after Biden’s tenure on the board, he “doubted that the image has changed.”

Ukrainian records, according to The Wall Street Journal, show that Burisma’s two main subsidiaries were awarded their exploration permits during Zlochevsky’s official reign. His assets were frozen in the U.K, but citing a lack of evidence produced by the Serious Fraud Office, the Central Criminal Court in London later discharged the order.

Nonetheless, Burisma’s website touts that it is the “first, and only fully integrated gas operator in Ukraine engaged in the exploration, production, processing, transportation and final sale of hydrocarbons” and has 35 licenses in all major basins in Ukraine, and paid some $24.6 million in taxes over the past two years. It has also, using Hunter Biden’s image, promoted its desire to expand outside Ukraine. 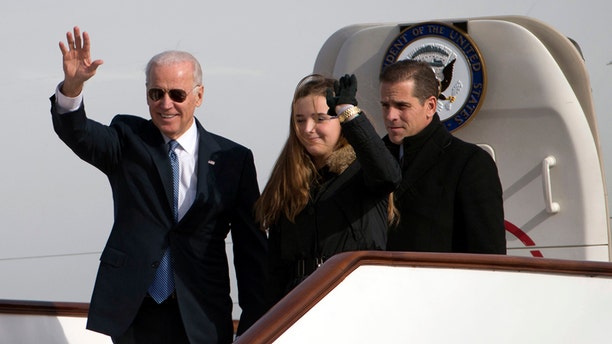 Burisma Holdings did not respond to a request for comment for this report.

While its owner is known for a high-flying lifestyle of luxury cars and excessive residences, Burisma operates in the quiet, non-descript shadows and only lists an address in Cyprus, where the company is registered.

According to Christopher Hartwell, current fellow and former president of the Center for Social and Economic Research (CASE) in Warsaw, registering in Cyprus is a common tactic of post-Soviet oligarchs.

“As Cyprus has some fantastic offshore tax benefits. It is the reason why Cyprus shows such high levels of foreign direct investment, which are really just piles of money passing through,” he explained. “It could be done to minimize tax liability, it could be done to access the European Union, or it could be done for money laundering. These are the top three reasons why Slavic companies register in Cyprus.”

Ukraine analysts also contend that while just about everything is in need of greater transparency – the country is rated 120 out of 180 of the Corruption Perceptions Index by Transparency International – Hartwell stressed that “the energy trade has always been the worst.”

“The gas trade, for example, is how billions were siphoned off from the public and put into private hands, a problem which went on for years under government protection,” he continued. “Private energy firms are welcome in Ukraine as they provide much-needed competition against government monopolies, but given the heavy hand of government in every facet of energy, it’s still a too-cozy world with ample opportunities for corruption.”

Furthermore, Paraschiy pointed out that historically, [oil and gas] was a business of “people close to power, either central government or local governments.”

“We have some cases of private companies non-related to power brokers or oligarchs,” he said. “But, it is rather the exception.”

Another well-placed source connected to Ukraine’s energy industry, who requested anonymity, contended to Fox News that Biden came onto Burisma’s board “long after the questionable transactions occurred,” and the industry overall has made vast improvements in terms of corruption in recent years.

“Burisma did what many companies do all around the world. They hire people with recognition,” the source said. “Burisma is a legitimate producer of oil and gas, present on the new, liberalized market. We actively trade with them – buying and selling of gas – and they act in a professional, commercial manner.”

The insider commenced working with Burisma in 2014 soon after Biden joined the board but underscored that many were not personally aware he was even associated until it emerged in the press.

“I believe that my assistance in consulting the Company on matters of transparency, corporate governance and responsibility, international expansion and other priorities will contribute to the economy and benefit the people of Ukraine,” Biden wrote in a release soon after joining the Board in 2014.

“By inviting influential foreigners, Ukrainian business wants to get additional protection, PR and lobby mechanisms to grasp additional spheres of interest. Having Hunter Biden on board, the owner of Burisma wanted to correct the image and to get cover, because authorities are scared by the U.S. embassy in Ukraine,” Egorov said. “Hunter Biden, using the political capabilities of his family, acted as a rescue buffer between Burisma and Ukrainian law enforcement agencies. His work in the company of a corrupt official smells bad.” 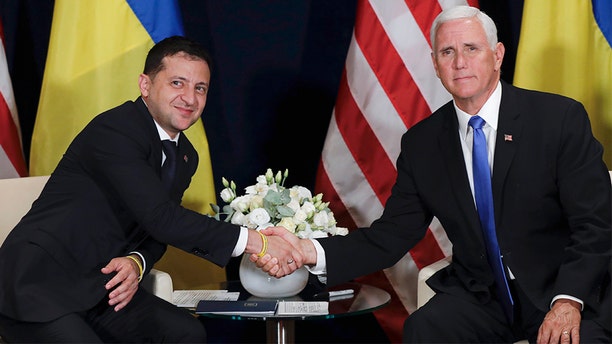 But by 2017, Burisma announced that it was not encountering any active prosecution cases. It then inked a partnership with the Washington think tank, the Atlantic Council, centered on combating corruption efforts in Ukraine.

And despite the investigations having been shuttered years ago, Burisma’s days of being probed are perhaps not yet behind them.

In October, the country’s prosecutor general, Ruslan Ryaboshapka, announced that his office would be reviewing the closed cases to ensure that they were appropriately handled – with the Burisma file still on the table. State Department official George Kent testified at the first public hearing of the House impeachment inquiry last week that, “since U.S. taxpayers are wasted,” he “would love to see the Ukrainian prosecutor general’s office find who the corrupt prosecutor was that took the bribe and how much was paid.”