Sen. Bernie Sanders, I-Vt., received a clean bill of health after he hit his head on a glass shower door Friday morning and required seven stitches, his campaign said.

Sanders, 77, went to a walk-in clinic for examination and treatment after he cut his head on the edge of a glass shower door, campaign spokesperson Arianna Jones told reporters. The Vermont senator was able to continue on with his scheduled events after receiving the stitches.

“He (Sanders) heads to Nevada this evening and looks forward to his rally in Henderson tomorrow,” the statement read.

Sanders was spotted sporting a bandage on his head while at a health care roundtable in South Carolina. 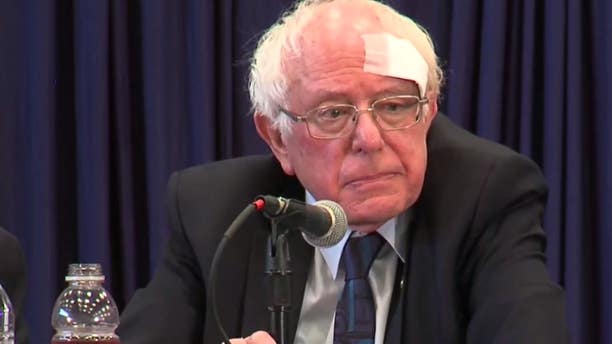 Sen. Bernie Sanders seen with a bandage while at a roundtable event in South Carolina on Friday, March 15, 2019. (WCIV)

Sanders announced his White House bid last month, entering a crowded 2020 race. The senator ran against and ultimately lost to former Secretary of State Hillary Clinton for the Democratic presidential nomination in 2016.