As Biden downplays China threat, Romney has a new warning 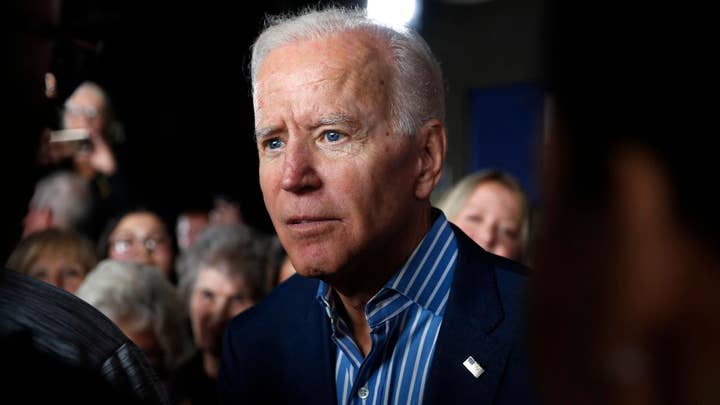 Former Vice President Joe Biden expressed his lack of concern over China as a global competitor to the U.S. at a rally on Wednesday, prompting a grim response from Sen. Mitt Romney, R-Utah.

Biden boasted his credentials to an Iowa crowd, saying he has met "virtually every world leader" as vice president and chairman of the Senate Foreign Relations Committee over the past 30 years, emphasizing that it's "not hyperbole."

The 2020 Democratic frontrunner then mocked those who have taken China seriously.

That sparked a reaction from Romney, who ran against Biden's running mate, former President Barack Obama, in 2012.

"This will not age well," Romney predicted.

Romney famously declared Russia as the "greatest geopolitical foe" to the U.S. during the 2012 election. His warning was dismissed by both Biden and Obama, who mocked the former Massachusetts governor during a presidential debate by telling him the “1980s are now calling to ask for their foreign policy back because the Cold War has been over for 20 years.”

“He acts like he thinks the Cold War is still on, Russia is still our major adversary. I don’t know where he’s been,” Biden said back in 2012. “I mean, we have disagreements with Russia, but they’re united with us on Iran. … One of only two ways we’re getting materials into Afghanistan to our troops is through Russia. They are working closely with us. They’ve just said to Europe if there is an oil shutdown in any way in the Gulf, they’ll consider increasing oil supplies to Europe. This is not 1956.”