For U.S. Army veteran Tom Voss, it was the unseen wounds of war that gushed from his body and crippled his insides day in and day out.

While more than 6,000 miles from the battlefields of Iraq and back in the beloved land he served, Voss no longer felt at home in his skin. The wincing memories of doing or witnessing horrific things that collided with his fundamental beliefs – the “moral injury” – walked like a shadow alongside him and inside him, propelling him toward suicide as a means to end the pain and suffering.

“You are trained in the infantry to move through challenges without asking for help. When I got out of the military, that is what I tried to do,” Tom Voss, co-author of “Where War Ends: A Combat Veteran’s 2,700-Mile Journey to Heal,” told Fox News. “But that caught up with me down the road.” 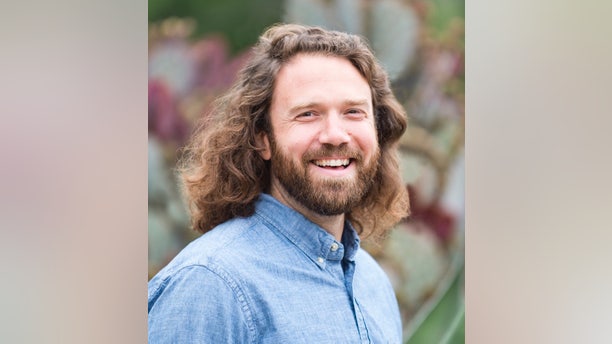 The issue of veteran suicides has long plagued the nation and been a bipartisan cause for concern among the political establishment.

But why is it that the numbers remain so alarmingly high?

“You have to approach this very much like one of the really top health issues, like cancer,” said Dr. David Shulkin, former Secretary for Veterans Affairs (VA) and author of the new book “It Shouldn’t Be This Hard to Serve Your Country.” “This is going to be a long-term journey and try to address the issues surrounding brain health.” 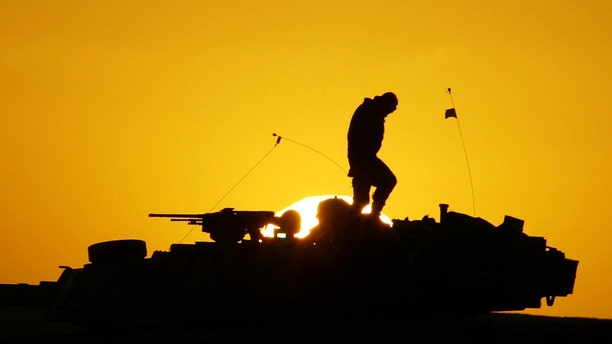 Veterans between 18 and 34 were deemed to have the highest suicide rate in 2017. (AP Photo/Anja Niedringhaus)

The report also underscored that for each year, from 2005 to 2017, veterans with recent Veterans Health Administration (VHA) use had higher suicide rates than other veterans. Of those VHA users, 58.7 percent had a diagnosed mental health or substance use disorder. Suicide rates were also highest among those diagnosed with opioid abuse disorder or bipolar.

Nonetheless, the “absolute number” of suicides was highest among the veterans in the 55-74 age category, amassing 38 percent of total suicide deaths. Analysts surmise this is because there are simply more veterans accumulating as time goes on, and also because the older one gets, generally the more isolated and lonely they become.

The veteran suicide rate for women veterans was concluded to be 2.2 times higher than non-veteran women. However, the suicide numbers were 1.3 more for male veterans than non-male veterans. Moreover, there were 919 suicides among “never federally activated former National Guard and Reserve members in 2017,” averaging 2.5 suicides a day.

So what is the path forward to addressing the stagnant crisis?

“We know that the suicide rate is climbing across the United States for all Americans and in all states. But veterans are also unique: the suicide rate in the military doubled in the first decade of 2000 and had remained elevated ever since,” said Rajeev Ramchand, a behavioral scientist and fellow at the veteran support-focused Bob Woodruff Foundation. “And the youngest group of veterans, those 18-34, have the highest suicide rate. This suggests to me that there is also something specific about the recent military experience that is contributing to suicide risk.”

In Voss’ case, he sought to confront his demons by embarking on a 2,700-mile expedition across the U.S., grasping for solace along the way.

“We have to look at the whole life cycle of a military person, how we are teaching them to manage stress when they come in (to the military) as there are a lot of people already coming in with trauma. Giving them the tools to manage stress only strengthens our military in deployment and when they come home,” he said. “Things like meditation, yoga – these things were created thousands of years ago to manage the mind.” 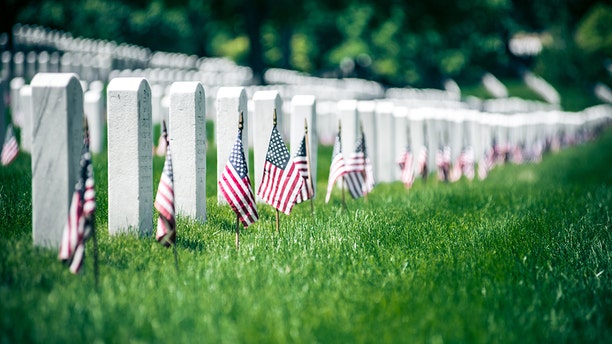 It has been argued that, despite years of congressional funding and an uptick of studies, it has been challenging to zero-in on the specified causes that lead to suicide or suicide attempts. (iStock)

“The biggest oversight is the clear relationship between firearm availability and suicide. Locking up one’s firearms using safes or other locking devices has been shown to reduce suicides by almost half,” Craig Bryan, who studies the issue at the National Center for Veterans Studies at the University of Utah, said. “Probably the best evidence to support this comes from the Israeli military. When they changed their policies requiring soldiers to store their military firearms in the armory on weekends, they observed a 70 percent reduction in firearm suicides and a 40 percent reduction in the overall military suicide rate.”

In his words, it’s a simple change — “storing guns safely led to an enormous drop in suicides.”

In 2015, both chambers of Congress unanimously passed the Clay Hunt Suicide Prevention for American Veterans Act, named in honor of a former Marine sniper who took his own life in 2011 after failing to receive the needed VA health care. The bill was designed to improve mental health and suicide prevention services at the Department of Veterans Affairs.

Yet it has been argued that, despite years of congressional funding and an uptick of studies, it has been challenging to zero-in on the specified causes that lead to suicide or suicide attempts. Bryan hopes that the murkiness is now starting to shift in favor of a clearer picture.

“On the health care side, we need to increase access to the most effective treatments,” Bryan noted. “Unfortunately, we tend to focus on access to care without focusing on the quality of care.”

In May 2019, President Trump signed an executive order called the PREVENTS Initiative, aimed at arming state and local governments with the tools and resources needed to identify and intercede when a U.S. veteran is considered to be at risk of suicide. PREVENTS also seeks to raise public awareness of veteran’s struggles and allocate more money specific to mental health programs.

A presidential task force, which has subsequently been formed to illuminate ways to make data collection faster and coordinate federal and state resources, has also vowed to increase VA outreach and further education on firearms and its relationship to veteran suicide.

Given that the data lags two years behind, it remains to be seen whether Trump’s initiative bears fruit in combating the epidemic.

Nonetheless, the VA states that suicide prevention remains a primary focus. So what else is being done?

A spokesperson for the VA insisted that "suicide prevention is VA’s highest clinical priority, and the department is taking significant steps to address the issue.

The Joint Commission explained that “The US Department of Veterans Affairs (VA) has been able to reduce the number of in-hospital suicides from 4.2 per 100,000 admissions to 0.74 per 100,000 admissions on mental health units, an 82.4% reduction, suggesting that well-designed quality improvement initiatives can lead to a reduction in the occurrence of these tragic events.”

A representative also emphasized that "all VA health care facilities now provide same-day services in primary and mental health for Veterans who need them."

Since 2017, the department has been actively coordinating across its networks, as well as working in close partnership with the White House, Congress, the Centers for Disease Control and Prevention, the U.S. Department of Health and Human Services, and local communities.

BANISHED US VETERANS LEAN ON EACH OTHER SOUTH OF BORDER

A Veterans Crisis Line expanded its text and chat access, and claims to have improved from answering 70 percent of incoming calls in 2017 to 99.6 percent of calls without rollover in 2019. The VA also attests to making progress in “clinical research developing and testing evidence-based psychotherapy advances, medications and alternative approaches to treating PTSD,” in addition to significantly broadening community partnerships, clinical partnerships, and outreach.

Other initiatives in the VA pipeline include the Puppies Assisting Wounded Servicemembers (PAWS) Act, which would require that the VA offer $25,000 vouchers to veterans diagnosed as having PTSD. As it stands, the VA only financially backs service dogs for use related to mobility and physical needs, rather than mental needs.

The bill was introduced last summer by Rep. John Rutherford, R-Fla., but is yet to reach the House floor.

Last year, the VA also kicked off an outreach suicide prevention program in rural regions, having determined that suicide rates were heightened among those in more isolated pockets of the country. 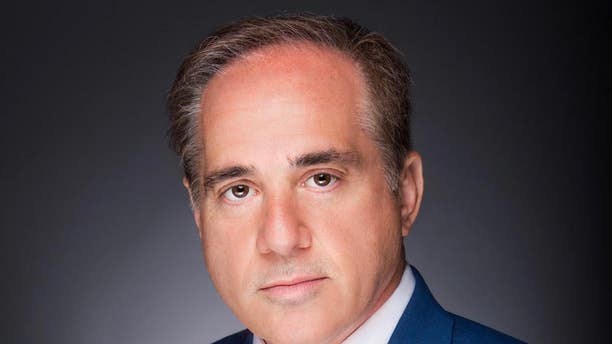 Dr. David Shulkin, former Secretary for Veterans Affairs (VA) and author of the new book “It Shouldn’t Be This Hard to Serve Your Country.”

According to Shulkin, the key lies in a hybrid partnership between the public and private sectors, and in making better use of the money available.

“When you look back at the problems of the VA, many have been systematic and span decades. It’s a system that needs to be updated and modernized. It needs to do things like embrace technology and give nurses more practical authority,” he underscored. “It’s not about just throwing more money at it. I have never felt that the VA suffered from a lack of financial support, but it needs to be internally evaluated in creating a better system of care.”

Voss, who co-authored “Where War Ends” with his sister Rebecca, also highlighted the importance of giving families a “peek behind the curtain” in the hopes that loved ones can ascertain a richer understanding of the moral traumas suffered by veterans.

“For our family, the writing was healing — talking about the sorrow and shame and survivor’s guilt,” Rebecca added. “We need to all understand what war does to people. If we don’t understand, we aren’t understanding the real costs of sending our children into battle.”