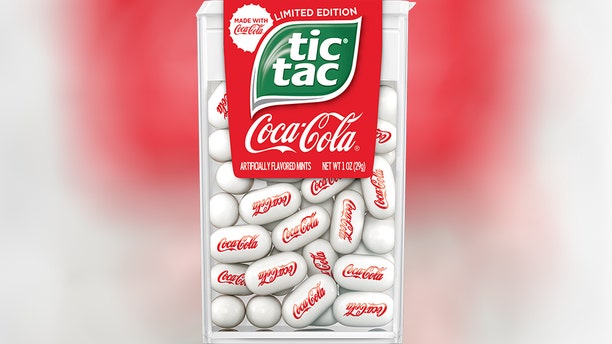 The mint company has created a limited-edition Coca-Cola Tic Tac made with the soda. (Tiac)

Soda and mint -- the two flavors everyone wants combined.

Well, like it or not, Tic Tac has done just that with its new limited-edition Tic Tac Coca-Cola breath mints.

According to Tic Tac, the unique combo will have fans “enjoy a revitalizing taste experience which combines the refreshment of Coca-Cola with the iconic taste of Tic Tac.”

Tic Tac, a brand owned by the Ferrero Group of Italy, originally announced the product's launch back in October, but only recently revealed that Tic Tac Coca-Cola will be coming to North America in late January.

This is, unsurprisingly, the first mint made with "the refreshment of Coca-Cola," Tic Tac said in a news release. 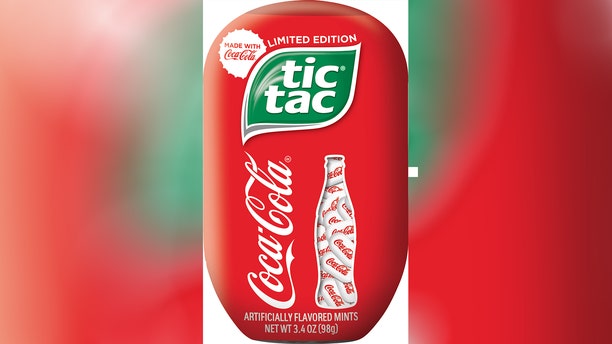 According to Tic Tac, the unique combo will have fans “enjoy a revitalizing taste experience which combine the refreshment of Coca-Cola with the iconic taste of Tic Tac.” (Tic Tac)

This isn’t Coca-Cola's first foray into other markets this year, however.

Back in October, the fan-favorite soft drink announced it would be rolling out its first-ever energy drink, Coca-Cola Energy, in 2020. The forthcoming beverage will be available in both original and cherry varieties, as well as “zero sugar” versions of each.

But Coke Energy -- and even the limited-edition Coca-Cola Tic Tacs -- will likely be easier to find than the brand’s apple-flavored Coke, which was reportedly “super difficult” to track down after its recent launch in Japan.