A photo of an inmate who managed to get his hands on the much sought after Popeyes Chicken Sandwich has the internet going wild.

The images, which were originally posted by Frank Gutta on Instagram and later made the rounds on Twitter, shows the prisoner getting ready to chow down on America’s latest food craze.

“Trying to see what all the hype bout,” Gutta captioned the image, which was posted to his Instagram Stories. On another photo, he captioned: “Thanks Bae.”

The inmate is seen sitting on a cot and posing with the sandwich that was apparently brought to him by a companion.

The photo quickly went viral and generated many comments on Twitter.

“I don't wanna even know how that got in there,” one person tweeted. 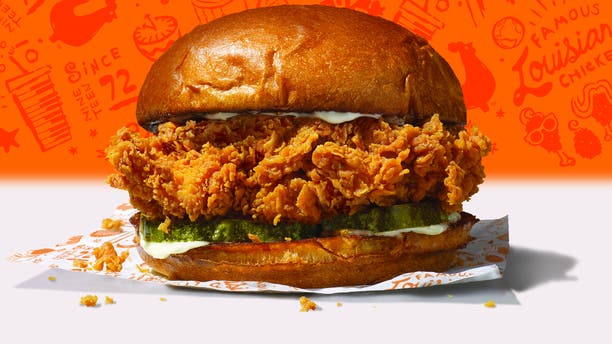 A photo of an inmate who managed to get his hands on the much sought after Popeyes Chicken Sandwich has the internet going wild. (Photo: Popeyes) (Popeyes)

Another Twitter user wrote, “Was gonna say this Popeye’s [sic] sandwich is getting out of hand but the happiness I felt for dude getting that sandwich outweighs it all.”

“People in jail still deserve some level of humanity. Glad bro got to try something that's still next to impossible to get lol,” another person commented.

“U can have phones in jail??” one person said.

“Are we gonna talk about the fact he got an iPhone in there?” another person wrote.

Others questioned whether or not he was actually in a prison cell.

“Is he in jail or a dorm?” someone tweeted. “They kinda look alike. Maybe he’s just trying a chicken sandwich on a study break.”