Electric semi-trucks like Freightliner's and Tesla's may be all the rage these days, but someone just paid an astonishing price for the ultimate guzzler. 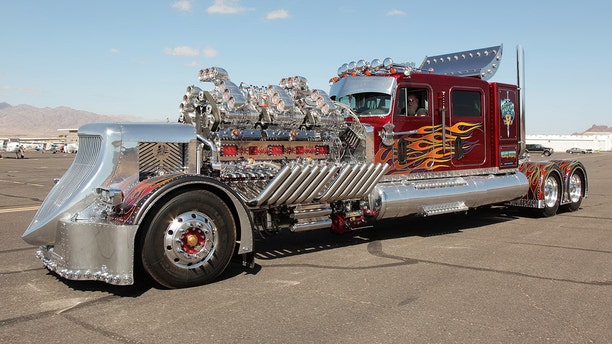 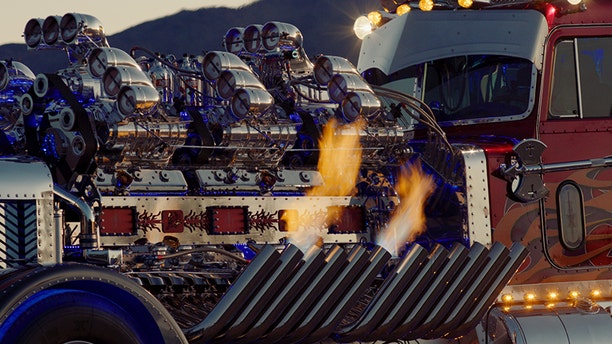 Harrah told American Trucker that he was inspired by racing legend Tommy Ivo’s four-engine “Showboat” dragster from the 1960s.

Thor24 sends the power to the wheels through a four-speed manual transmission and can hit a top speed of 130 mph. Four drag racing parachutes are installed on the rear bumper to help slow the 30,000-pound behemoth down from such speeds. 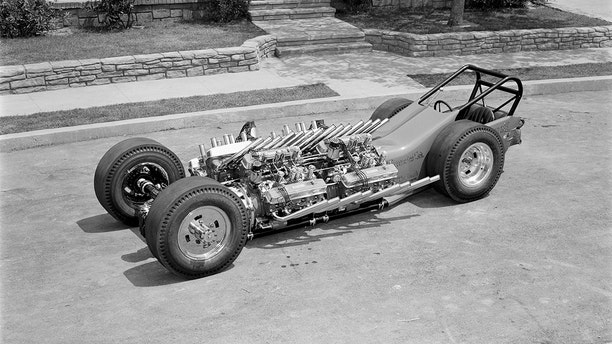 The somehow street-legal truck’s interior features an appropriately powerful 1,500-watt sound system and big screen TV that run off of a helicopter’s turbine auxiliary power unit along with the truck’s decorative lights. 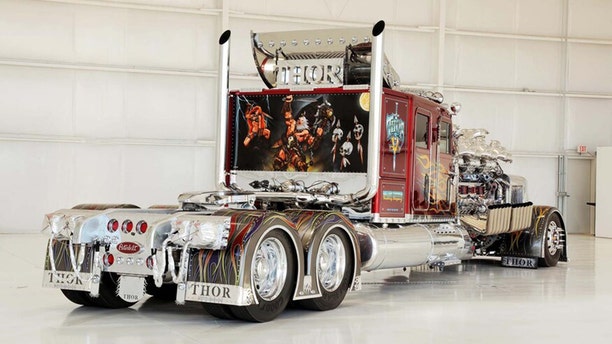 The unique monster truck took Harrah seven years and $7 million to build, but he just turned a tidy profit on it when he offered it at the Worldwide Auctioneers event in Riyadh, Saudi Arabia, where it received a high bid of $12 million from an unidentified buyer.