Reindeer starving in Arctic as ice piles on top of snow

Reindeer in the Swedish arctic are facing food supply shortages and going hungry, thanks to climate change.

“If we don’t find better areas for them where they can graze and find food, then the reindeers will starve to death,” Niila Inga said. 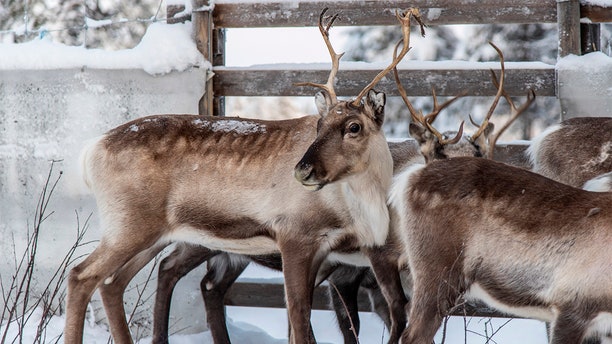 In this Saturday, Nov. 30. 2019 photo, reindeer in a corral at Lappeasuando near Kiruna await to be released onto the winter pastures. (AP Photo/Malin Moberg)

His indigenous community herds about 8,000 reindeer year-round, moving them between traditional grazing grounds in the high mountains bordering Norway in the summer and the forests farther east in the winter, The Associated Press reported.

The reindeer already have been pressured by the mining and forestry industry, and other developments that encroach on grazing land.

Now, their food is trapped under a thick layer of ice. 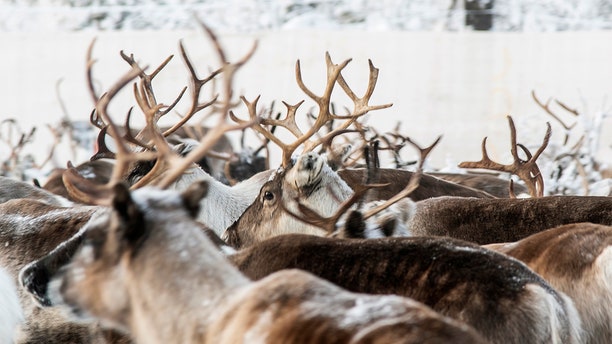 In this Tuesday, Nov. 26, 2019, Reindeer in a temporary corral in Rakten, outside of Jokkmokk, before being transported to winter pastures. (AP Photo/Malin Moberg)

The food is still there, but the reindeer can’t reach it. The animals grow weaker and females sometimes abort their calves while the survivors struggle to make it through the winter.

Unable to eat, the hungry animals have scattered from their traditional migration routes in search of new grazing grounds.

“We have winter here for eight months a year and when it starts in October with bad grazing conditions it won’t get any better,” Inga said. 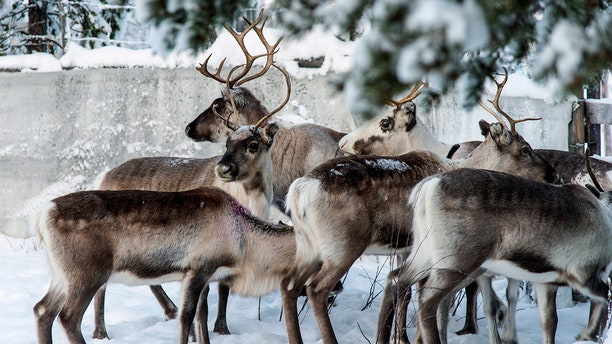 In this Saturday, Nov. 30. 2019 photo, reindeer in a corral at Lappeasuando near Kiruna await to be released onto the winter pastures.  (AP Photo/Malin Moberg)

Half the herd carried on east as planned, while the rest retreated to the mountains where predators abound, and the risk of avalanches is great.

“As long as they are forced to stay there, they’ll get into worse and worse condition,” he said.