ISIS plotted to send westerners to US through Mexico border: report

A chilling confession from a captured ISIS fighter has shed light on how the terrorist group intended to exploit the vulnerabilities of the U.S. border with Mexico, using English speakers and westerners to take advantage of smuggling routes and target financial institutions.

Seized ISIS fighter Abu Henricki, a Canadian citizen with dual citizenship with Trinidad, last month said that he was sought out by the violent insurgency’s leadership to attack the U.S. from a route starting in Central America, according to a study by the International Center for the Study of Violent Extremism (ICSVE) and published in Homeland Security Today.

“ISIS has organized plots in Europe with returnees so it seems entirely plausible that they wanted to send guys out to attack. The issue that makes a North American attack harder is the travel is more difficult from Syria,” Anne Speckhard, who co-conducted the study as the director of ICSVE and Adjunct Associate Professor of Psychiatry at Georgetown University, told Fox News. “So the idea that they would instead use people who were not known to their own governments as having joined ISIS might make it possible for them to board airplanes.” 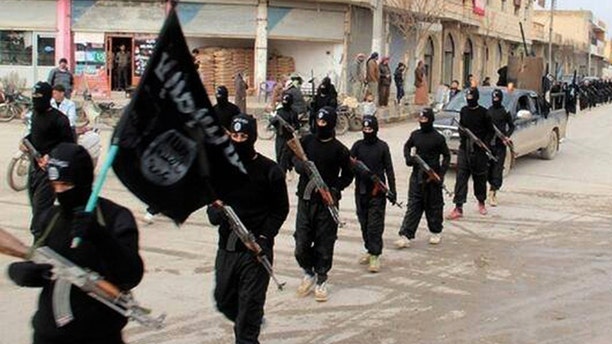 Henricki allegedly traveled to Syria with the intention of serving as an ISIS fighter, but was later told he could not take on soldier duties due to a chronic illness. At the end of 2016, he claimed to have been “invited” by the ISIS intelligence wing – known as the emni – to join other Trinidadians and launch financial attacks on the U.S.

The attacks were described to Henricki as designed to “cripple the U.S. economy,” and he was said to have been informed that he would be issued false identification and passports and would be maneuvered from Puerto Rico to Mexico and then to the United States.

“The plan came from someone from the New Jersey state of America. I was going to take the boat from Puerto Rico into Mexico. He was going to smuggle me in,” the ISIS cadre continued.

He further elaborated that he believed the scheme was aimed at New York financial targets.

“They wanted to use these people (to attack inside the U.S.) because they were from these areas,” Henricki told the scholars, indicating that they were either from North America or were English speakers. 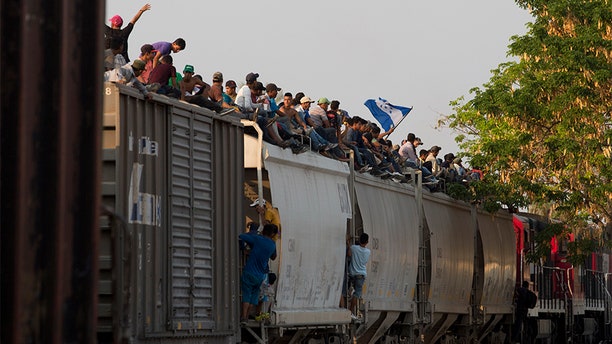 Central American migrants ride atop a freight train during their journey toward the U.S.-Mexico border, in Ixtepec, Oaxaca State, Mexico (AP)

He underscored that other Trinidadians, many of whom have been killed in the protracted mayhem over the past several years, were also approached to “do the same thing.”

However, Henricki then claimed he refused the mission and was subsequently thrown into an ISIS prison in Manbij and brutally tortured. His wife, also a Canadian, was also imprisoned in a women’s department and endured psychological torture.

“This plot is likely dead as those who were pressured to join it are according to Abu Henricki now all dead and ISIS is in retreat as we know," Speckhard said. "That doesn’t mean we shouldn’t disregard that it was a plot.  We should take thoughtful steps to prevent.

"We often hear about terrorists trying to enter the southern border in political debate, but I rarely have come across a real case.  It surprised me to hear this was a real plot by ISIS to exploit our southern border.  That’s concerning of course.”

Henricki surrendered to the U.S.-backed Syrian Democratic Forces (SDF) in the final assault to take back Baghouz earlier this year. He remains behind bars in the SDF-controlled region of Syria, with their futures in legal limbo as many foreign governments are not willing to take back accused ISIS operatives.

A representative from Canada’s Global Affairs was not immediately able to respond to a request for comment.

Alex Hamerstone, the governance, risk, and practice lead at global security firm TrustedSec, told Fox News that it is not uncommon at all for criminal groups to use Americans to help facilitate their crimes and that it is far easier to do once inside the country of target.

“Even better, however, is to get someone inside the actual company to attack its network from behind the firewall. That is much easier to carry out than a cyber attack from outside of the network, and this type of ‘insider threat’ is a major problem already for US companies,” he explained. “An employee knows everything about his or her company, and what its strengths and weaknesses are. This type of person would be very effective at exploiting a corporate network and causing massive amounts of damage. What is really surprising is that terrorist groups have not already used US employees to attack their own companies.”

Hamerstone pointed out that terrorist groups like ISIS have been able to recruit Americans and people in the U.K. to go to their training camps, “so it wouldn't be a huge stretch for them to get an American to get a job at a bank and then sabotage it.”

“Think about what an insider in IT aligned with terrorists could do,” he noted. “What's really scary to think about is that an insider can do almost anything to a company. There are very few limits on the type of damage a rogue employee could cause.”

Moreover, the authors of the report underscored that it serves to demonstrate that ISIS has discussed and operationalized ways in which their operatives could infiltrate our borders and cause harm to our citizens, and downplay the potential terrorist threats from the border areas would be harmful to the safety of Americans.

“This account is not a warning bulletin for an imminent attack against our country, nor is it a fear-mongering attempt to suggest a wave of ISIS terrorists are waiting to cross our southern border,” the authors added. “But a reminder to diligently consider leads and sources that confirm terrorists’ intentions to exploit one of the weakest links in our national security – our borders.”