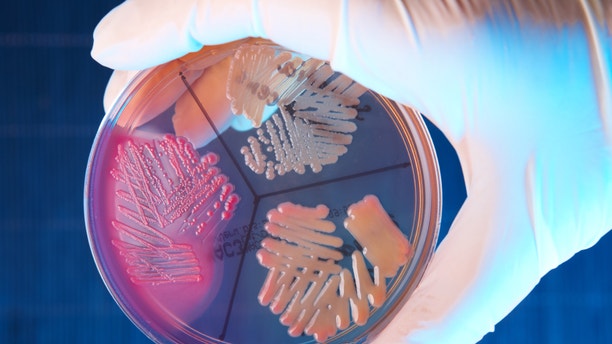 The number of people reported sick in Germany from a food-borne bacterial outbreak that has already killed 16 spiked over the last 24 hours, with nearly 100 more people suffering from severe and potentially fatal symptoms, the national disease control center said Wednesday.

Agriculture Minister Ilse Aigner said scientists were working nonstop to find the source of the unusual strain of the E. coli bacteria that is believed to have been spread in Europe on tainted vegetables — and where in the long journey from farm to grocery store the contamination occurred.

"Hundreds of tests have been done and the responsible agencies ... have determined that most of the patients who have been sickened ate cucumbers, tomatoes and leaf lettuce and primarily in northern Germany," Aigner said on ARD television. "The states that have conducted the tests must now follow back the delivery path to see how the cucumbers, or tomatoes or lettuce got here."

German authorities initially pointed to a few cucumbers from Spain, but further tests showed that those vegetables, while contaminated, did not cause the outbreak. But officials are still warning all Germans to avoid eating raw cucumbers, tomatoes or lettuce.

E. coli is found in large quantities in the digestive systems of humans, cows and other mammals. It has been responsible for a large number of food contamination outbreaks in a wide variety of countries. In most cases, it causes non-lethal stomach ailments.

Germany typically sees a maximum of 50 to 60 HUS cases in a year.

An additional 1,064 cases of EHEC have been reported in Germany since the beginning of May, up from 796 the day before, the Robert Koch Institute said.

The World Health Organization said cases of EHEC have been reported in nine European countries: Austria, Denmark, Germany, the Netherlands, Norway, Spain, Sweden, Switzerland and the U.K. All but two cases are either people in Germany, or people who had recently traveled to northern Germany, the organization said.

It's "extraordinary" to see so many cases of the kidney complication from a foodborne illness, said Dr. Robert Tauxe, a foodborne disease expert at the U.S. Centers for Disease Control and Prevention. "There has not been such an outbreak before that we know of in the history of public health."

He added that the strain of E. coli in the European outbreak has not been seen in the United States, where there have been several high-profile foodborne outbreaks in recent years, but none with such a high death toll.

There's little precedent in Europe, either. In 1996, an E. coli outbreak in the United Kingdom caused 216 cases and 11 deaths.

The World Health Organization said 86 percent of those sickened in the current outbreak were adults, and two-thirds were women. It said it was unusual that more children weren't affected.