Ferocious winds with gusts over 125 mph lashed Corsica and whipped up a forest fire that flared overnight on the French Mediterranean island on Tuesday, after a storm with hurricane-force winds and heavy rains battered northern Europe for days, killing at least eight people and causing severe travel disruptions.

More than 300 fire officers were involved in fighting the blazes and two ports were closed and flights suspended on Corsica. Power was cut to 2,000 homes.

The storm also continued to batter other parts of Europe. Fallen trees blocked roads and train tracks in southern Germany and Austria. 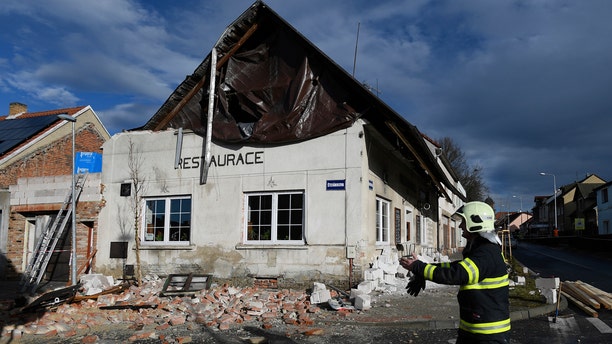 A fireman passes by a house which roof was moved due to a strong storm in Kladno, Czech Republic, Monday, Feb. 10, 2020.  (Ondrej Deml/CTK via AP)

The Austrian city of Salzburg near the German border was hit by the storm Tuesday. Public broadcaster ORF reported that more than 400 firefighters worked for hours to remove downed trees from crushed cars and roads. They also had to remove a huge metal roof that was blown off a building. No one was injured, ORF reported.

German railroad operator Deutsche Bahn, which had shut down all long-distance trains on Monday, said most of its service resumed Tuesday with the exception of some trains in southern regions that were still being battered by gusty winds. Schools across Germany reopened. 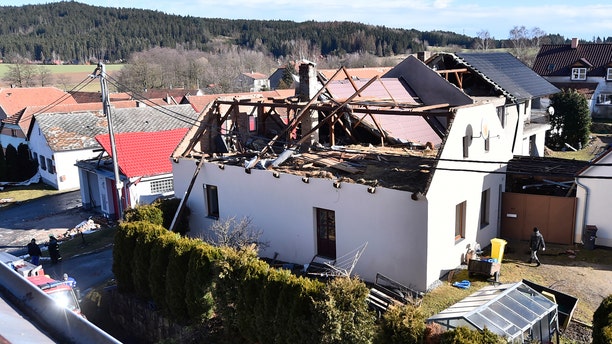 The roof of a house is damaged due to a strong storm in Rohozna, Czech Republic, Monday, Feb. 10, 2020. (Lubos Pavlicek/CTK via AP) 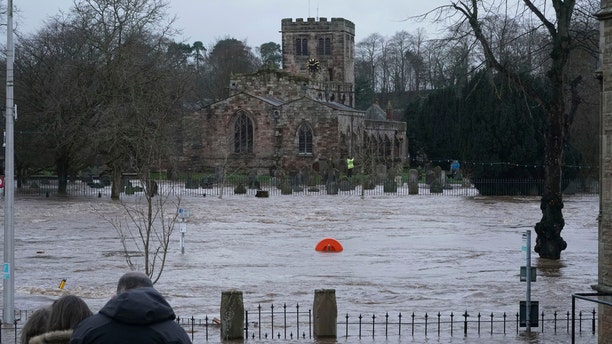 In northern Bavaria, where a gust of over 100 mph was recorded, the storm produced a record amount of electricity being fed into the German grid from wind turbines, equivalent to almost 44 nuclear power plants. 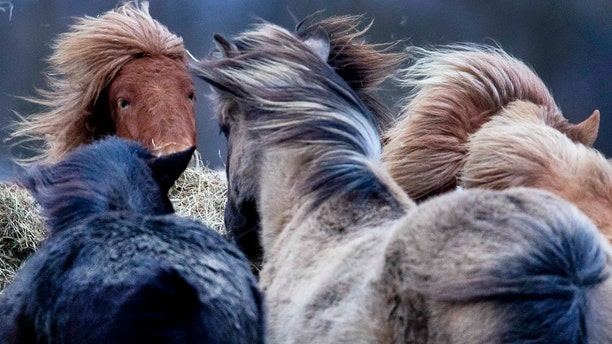 Iceland horses stand together in a strong storm in their stud in Wehrheim near Frankfurt, Germany, Sunday, Feb. 9, 2020. (AP Photo/Michael Probst) 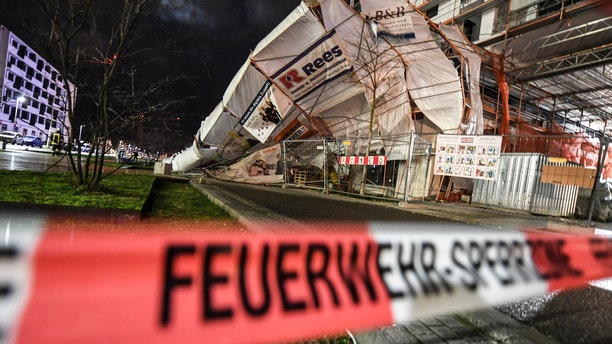 A scaffold has toppled over due to heavy wind in Freiburg, Germany, Monday, Feb. 10, 2020. (Patrick Seeger/dpa via AP)

Further north, in Norway, water from the North Sea overflowed harbors and entered houses along the country's southern coast, causing damage but no victims. Local airline Wideroe canceled 21 departures because low pressure over northern Norway meant its small planes couldn't fly, the Norwegian news agency NTB reported. The low pressure was affecting the altitude gauges on the planes with no possibility to adjust for the low pressure.

In the Czech Republic, more than 40,000 households remained without electricity Tuesday morning, down from some 300,000 on Monday afternoon. Around 20 train routes were still blocked because of fallen trees on the track. Only one flight from Amsterdam was canceled Tuesday, Prague's international airport said.