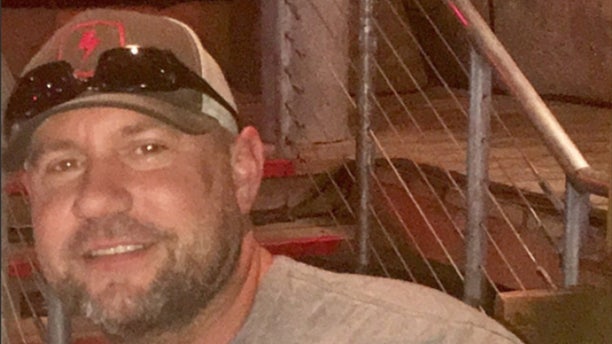 Fort Worth police Officer Garrett Hull died Friday after being shot during a gunbattle with armed robbery suspects. (Fox 4 News/Fort Worth Police Department)

A Fort Worth, Texas, police officer died Friday, less than 24 hours after he was shot in the head following a confrontation with a group armed robbery suspects.

Officer Garrett Hull, a 17-year veteran of the department, died of his injuries just after 9:40 p.m. CT, the Dallas Moring News reported.

"We’ve lost a true hero," Fort Worth Police Chief Joel Fitzgerald said at a news conference. "Someone who has dedicated more than one tour of service to this great city and was senselessly killed by three known criminals — two of which are in custody now.”

Hull, 40, and 10 other officers were conducting surveillance Thursday night on three men suspected in at least 15 robberies of mostly Latino bars in the Fort Worth area when the group committed an actual robbery at the Los Vaqueros Bar.

The officers confronted the suspects as they fled the bar. One of the suspects, identified by police as Dacion Steptoe, then opened fire. Hull was hit in the head and Steptoe was killed when the other officers returned fire.

Hull was rushed to a hospital where officers across the region gathered to support his family, KVTV-TV of Laredo, Texas, reported.

The officer is survived by his wife and two daughters, the Morning News reported. 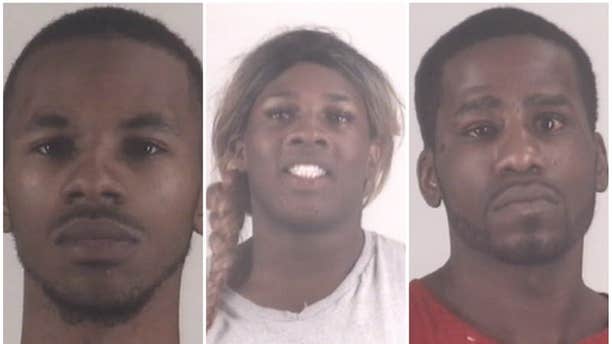 It was unclear how many shots were fired. The other two suspects tried to flee but were arrested soon after.

Los Vaqueros Bar owner Victor Zepeda told KXAS-TV said there were more than a dozen people hanging out at the bar when two men wearing masks burst in and demanded customers hand over their wallets and cell phones,

Surveillance video shows one of the robbers pistol-whipping a male patron.

“We take for granted that we are protected by these men and women in uniform, who are serving out community every day and fighting against the criminals that took Officer Hull’s life,” her statement read.