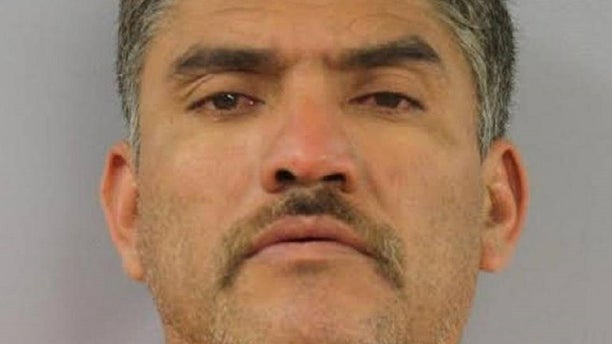 An illegal immigrant who led authorities on a manhunt across two states after allegedly killing five people in 2016 was found dead in a jail cell early Tuesday, officials said.

The Montgomery County Sheriff's Office said in a Facebook post that Pablo Serrano-Vitorino, 43, was found alone and unresponsive in his jail cell at the St. Louis Justice Center after 2 a.m.

"Serrano-Vitorino was transported to the hospital where he was pronounced deceased at 3:06 a.m.," police said.

Serrano-Vitorino, who was in the country illegally from Mexico, had been charged with five counts of first-degree murder after he allegedly killed four men in Kansas City, Kan., and later killed another man in Missouri before being captured.

The killings in Kansas City spurred a manhunt involving nearly 100 officers to arrest Serrano-Vitorino, who was found armed with a weapon and hiding face-down in a ditch 170 miles away at the time of his capture. 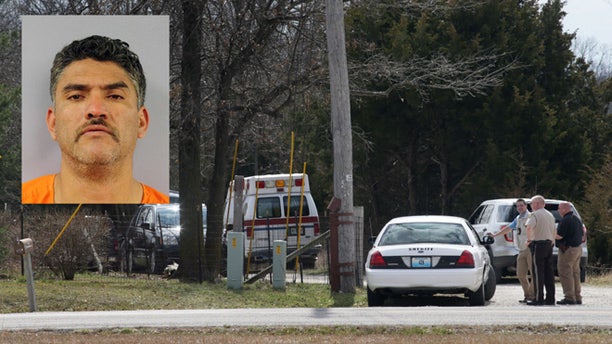 Serrano-Vitorino fled to Missouri after the Kansas killings, and then killed another man in Florence, Mo., according to prosecutors. (Montgomery County Sheriff's Office /Cristina Fletes/St. Louis Post-Dispatch via AP)

After his arrest, Serrano-Vitorino attempted to take his own life after being placed in the general prison population at the Montgomery County Jail, FOX4 reported at the time. Officials on Tuesday did not disclose how he died in St. Louis.

The 43-year-old was facing a looming trial in October for the March 2016 killing of 49-year-old Randy Nordman in New Florence, Mo. Prosecutors had sought the death penalty in the Missouri case, FOX2 reported.

The killings had spurred a 2018 lawsuit from the father of Austin Harter, one of the Kansas victims, who claimed that U.S. immigration officials missed two chances to detain and deport the Mexican national prior to the killings. 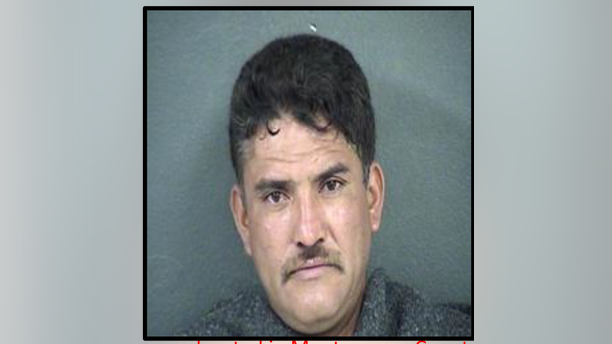 Pablo Serrano-Vitorino was deported to Mexico after he was convicted of a felony in 2003 but illegally re-entered the U.S. He was arrested in 2014 and 2015. (Missouri State Highway Patrol)

In 2016 when the killings occurred, Serrano-Vitorino was arrested and released twice, according to the lawsuit, filed last year in Kansas City, Kan.

Serrano-Vitorino illegally re-entered the U.S. sometime after he was deported to Mexico after being convicted of a felony in 2003. Although he was back behind bars in 2014 and 2015, U.S. Immigration and Customs Enforcement failed to detain him, according to the lawsuit.

In 2014, Serrano-Vitorino was arrested for battery in Kansas, but an ICE agent never showed up despite being notified by Wyandotte County jail officials that he was in custody, the lawsuit alleged. He was arrested again later that year for impaired driving. The lawsuit didn't state whether ICE officials were notified in that instance.

An ICE spokesman at the time declined to comment on the suit, but noted the “lack of comment should not be construed as agreement with or stipulation to any of the allegations."