A disturbing picture emerged Tuesday of 22-year-old Dallas shooter Brian Isaack Clyde, with the Army veteran's social media posts providing a glimpse into the man who -- for some reason -- opened fire with a rifle outside of a federal courthouse yesterday before being shot dead by police.

Clyde, a Fort Worth resident who, authorities say, showed up at the Earle Cabell Federal Building around 8:40 a.m. Monday carrying more than 150 rounds of ammunition, had flaunted his arsenal on his Facebook profile in the weeks leading up to the attack.

Clyde then holds up a rifle in front of the camera as candlelight flickers off his face. 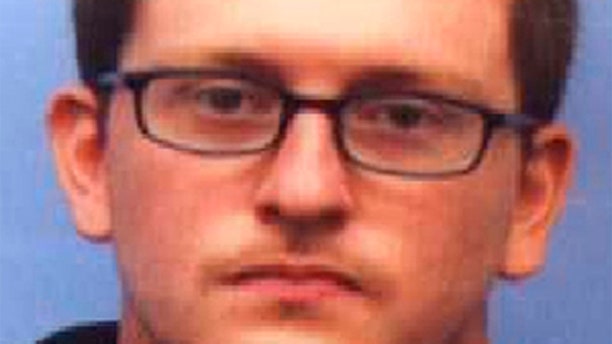 In another video, posted three days earlier, Clyde appears to drink an unknown red liquid before declaring: “I’ll show you whose power is greatest."

“Prepare to be defeated,” he adds, although it is not clear what – or whom – he is referencing.

Other recent images Clyde posted included one of a knife and another, on Saturday, of numerous rifle magazines spread across a floor. The same magazines and knife appeared to be attached to his belt area on Monday as the shooting unfolded. No one – except Clyde, who later died at a local hospital – was hurt in the attack.

In late May, Clyde graduated from Del Mar College in Corpus Christi with an associate degree in applied science in nondestructive testing technology. The college told the AP that he was recognized as an outstanding student during a ceremony in April, in a field where professionals “examine vehicles and structures for flaws and defects using non-destructive techniques.”

Prior to his time in school there, he served as an infantryman in the U.S. Army from August 2015 to February 2017. But individuals who say they served with him in the 101st Airborne at Fort Campbell in Kentucky told WFAA that Clyde was discharged because he couldn’t pass physical training tests.

One former Army colleague, Dennis Bielby, told the Dallas Morning News that Clyde had struggled with the rigors of military life, yet acted “kind and gentle.”

Another, Matthew Newell, described Clyde as a gun enthusiast who loved military history and medieval weapons.

Clyde grew up attending high school in the Dallas area and records showed he has had no previous run-ins with the law, KDFW reported. The station, citing federal agents, added that Clyde also was not on watch lists of any kind.

ATF officials are now working to determine where Clyde obtained the rifle used in Monday’s shooting, which happened just one block away from where five police officers were murdered in a 2016 ambush attack.

On Monday, FBI agents also searched Clyde’s apartment in Fort Worth and removed a box of material, according to the Dallas Morning News. A neighbor who lived above Clyde told the newspaper that she would often see people entering and exiting his apartment and that it usually reeked of the smell of marijuana.

A motive for the shooting Monday has not yet been revealed.