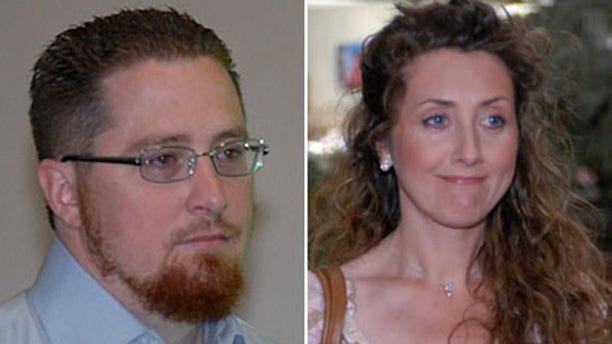 A rural Alaska couple accused of domestic terrorism compiled a hit list of 20 targets, including members of the military and media, and had moved to the operational phase of their plan, according to documents filed in federal court Monday.

Paul and Nadia Rockwood of King Salmon have pleaded guilty to lying about the list and making false statements to the FBI in May.

Under a plea agreement, Paul Rockwood will serve eight years in prison and three years probation while his pregnant wife will serve probation. Sentencing is scheduled Aug. 23 in U.S. District Court in Anchorage.

Rockwood's public defender claims her client was lonely in King Salmon and befriended an undercover Alaska State Trooper while attending mosque during trips to Anchorage.

"The relationship clearly was fed by the trooper's interest in Mr. Rockwood and the drama created by their conversations," his attorney, Sue Ellen Tatter, wrote in her sentencing memo.

"All of Mr. Rockwood's behavior with the state trooper was talk or paperwork. None of Mr. Rockwood's close associates, including his father, his wife and friends in King Salmon, believed he was capable of planned violence," Tatter wrote.

Prosecutors alleged that Paul Rockwood, also known as "Bilal," converted to Islam about a decade ago and began studying the teachings of American-born cleric Anwar al-Awlaki, who has professed hatred for the United States and supports acts of terrorism. The couple then moved to King Salmon, where he worked for the National Weather Service.

"While in Alaska, Rockwood researched and discussed methods of execution often at great length and in significant detail, components for mail bombs were purchased, the targets had been selected and a loose time line was established," assistant U.S. Attorneys Steven Skrocki and Bryan Schroder wrote in their sentencing memo.

Prosecutors said he gave the list of targets to his wife in April, and she carried it with her on a trip to Anchorage, where the FBI obtained it.

The court documents didn't disclose any names, only a summary of those on the list. It included a publishing company executive, a media personality, seven members of the military, seven other individuals, two religious organizations and two publishing companies.

"With some, this included discussing the use of mail bombs and the possibility of killing targets by gunshot to the head," federal attorneys said.

"This was not a case of 'if', but a case of 'when' with the 'when' becoming more likely with Rockwood's departure from King Salmon," the government said.

Tatter counters that Rockwood was lonely, suffering from an inner ear disease that can cause dizziness, nausea and hearing loss, and that he was addicted to opiate painkillers and was in treatment during his relationship with the trooper.

She said he quit his job, and the family was moving from King Salmon to Boston on the first leg of a journey to England when they were intercepted May 19 by the FBI.

"When federal agents showed him the list — which they obviously obtained from the undercover trooper — Mr. Rockwood stated: 'I'm surprised he (the Trooper Sgt.) compiled this ...' Mr. Rockwood did not admit that he himself compiled the list," tatter wrote.

She characterized Rockwood as "unsophisticated mechanically" and said he has never been committed to a plan of action. She said he was "soft-hearted and extremely committed to his family."

King Salmon is a small community of a few hundred people on the Alaska Peninsula.