An airport in Hawaii reopened early Wednesday morning after a brush fire tore through at least 964 acres of land the day before, prompting officials to close and evacuate the air hub.

On Tuesday, the Maui Fire Department battled the West Maui-area blaze as Kahana Ridge and Ala Hoku residents were evacuated, the County of Maui detailed in a press release. Around 2:30 p.m. The Kapalua Airport was closed and evacuated due to the fire. 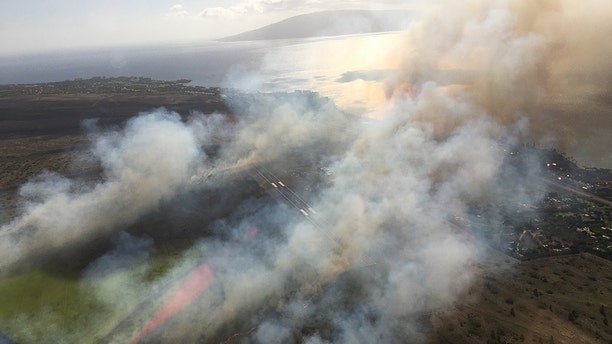 An airport in Hawaii reopened early this morning after a brush fire tore through at least 964 acres of land yesterday, prompting officials to close and evacuate the air hub on Tuesday afternoon. (Hawaii DOT)

Operations were temporarily suspended as power lines had been damaged, the Hawaii Department of Transportation wrote on Twitter. Affected travelers were advised to check in with their airline carriers for more information.

A pet-friendly emergency shelter was opened at Lahaina Civic Center Social Hall, though sleeping accommodations were limited, the release said.

The fire had scorched about 964 acres as of 5 p.m., officials detailed in the statement, as roughly “40 fire personnel, three air units and several tankers and dozers from our county and private partners” fought the fire.

Planes grounded at Kapalua flew out prior to the evacuation order, the state DOT said. The Honapiilani Highway was also closed as the brush fire blazed. 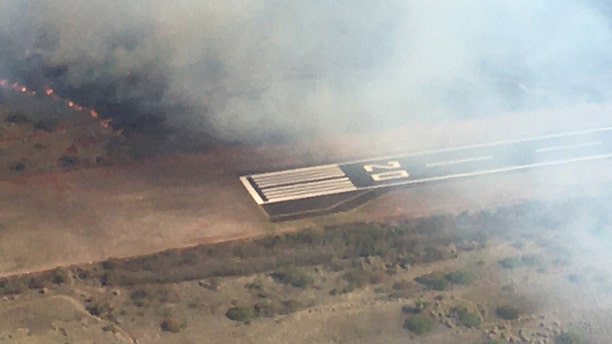 The Maui Fire Department believes the fire started in Kahana, “just above the airport." (Hawaii DOT)

By 10:15 p.m. on Wednesday, officials said the fire was roughly 45 percent contained, while at least one home in the area had been reported as damaged by the brush fire.

By 6 a.m. on Wednesday, the air hub had reopened, with electricity and telephone service restored. Passengers were advised to check in with their flight carriers for further details.

“I want to extend another heartfelt mahalo to our first responders and American Red Cross for their tireless work today,” Mayor Michael Victorino said, as per the outlet. “I continue to applaud our public and private partners for coming together to help our community.”

“Please keep the families affected by these fires and our public safety personnel in your thoughts and prayers,” Victorino added in the news release.

Those seeking more information on the emergency, shelters and road closures are advised to turn to County of Maui's website.

The single-runway Kapalua Airport is only serviced by commercial propeller air carriers, as well as commuter and air taxi aircraft, their website explains