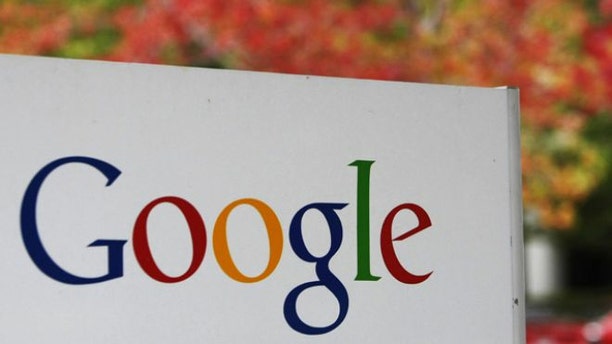 But Google says it increasingly fields requests from government agencies trying to use their power to suppress political opinions and other material they don't like. (AP)

Google exercised its belief in freedom of speech recently, turning down a censorship request by the Canadian government to remove a YouTube video showing a man urinating on his own Canadian passport.

"We received a request from the Passport Canada office to remove a YouTube video of a Canadian citizen urinating on his passport and flushing it down the toilet," the company revealed. "We did not comply with this request," Google said.

But Google had to comply with others: The search giant claims it increasingly fields requests from government agencies trying to use their power to suppress political opinions and other material they don't like.

The details of the Canadian case were released in Google's semi-annual "transparency report" for the last half of 2011, released on Sunday. It was the U.S.-based company's fifth since 2009, summarizing the company's responses to requests received from governments to remove links to web content alleged to be illegal, hateful, terrorism-promoting, or offensive -- an onslaught of requests that are only increasing, the company said Sunday.

"It's alarming not only because free expression is at risk, but because some of these requests come from countries you might not suspect -- Western democracies not typically associated with censorship," Dorothy Chou, Google's senior policy analyst, wrote in a Sunday blog post.

That comment may have been aimed at the U.S., where police prosecutors, courts and other government agencies submitted 187 requests to remove content from July through December last year, more than doubling from 92 requests from January through June.

The country-by-country capsule illustrates the pressure Google faces as it tries to obey the disparate laws in various countries while trying to uphold its commitment to free expression and protect the sanctity its more than 1 billion users' personal information.

Governments zero in on Google because its services have become staples of our digital-driven lives. Besides running the Internet's most dominant search engine, Google owns the most watched video site in YouTube, operates widely used blogging and email services and distributes Android, the top operating system on mobile phones. During the past year, Google has focused on expanding Plus, a social networking service, that boasts more than 170 million users.

Many of the requests are legitimate attempts to enforce laws governing hot-button issues ranging from personal privacy to hate speech.

Only Brazil's government agencies submitted more content removal requests with a total of 194 during the final half of last year. But that figure was down from 224 requests in Brazil during the first half of the year.

Brazil's requests covered a more narrow range of content than the U.S. demands. The submissions from Brazil covered 554 different pieces of content while the U.S. requests sought to censor nearly 6,200 items.

One U.S. request from a local law enforcement agency asked Google to remove 1,400 YouTube videos for alleged harassment. Without identifying the requesting agency or the targeted videos, Google said it rejected the demand.

Google wound up at least partially complying with 42 percent of the content removal requests in the U.S. and 54 percent in the Brazil.

Other governments frequently reaching out to Google included Germany (103 content-removal requests, down 18 percent from the previous six-month period), and India (101 requests, a 49 percent increase).

At least four countries -- Bolivia, the Czech Republic, Jordan and Ukraine -- asked Google to remove content for the first time during the final six months of last year.

Governments also are leaning Google more frequently for information about people suspected of breaking the law or engaging in other mischief.

The U.S. government filed 6,321 requests with Google for user data during the final six months of the year. That was far more than any other country, according to Google, and a 6 percent increase from the previous six months. Google complied with 93 percent of the U.S. requests for user data, encompassing more than 12,200 accounts.