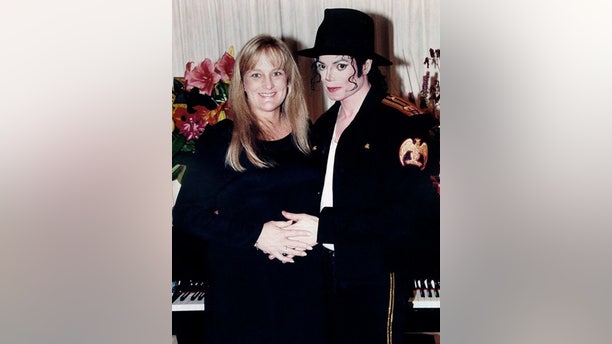 November 14, 1996: Pop star Michael Jackson and his new wife Debbie Rowe pose for a wedding photo minutes after the ceremony in California. (Reuters)

Despite being the ultimate king of pop after having sold over 61 million albums in the U.S. alone, Michael Jackson died with a debt estimated at around $400 million. Aside from forking over funds to support his lavish lifestyle with private planes, zoo animals, fantasy rides, antiques, hotels and personal staff, court papers from his 2000 divorce with Debbie Rowe also reveal that MJ had a "thing" for cars.

The papers list 75 automobiles registered under Jackson’s name in California, ranging from several Rolls Royce’s to fire trucks to motorcycles to convertibles to Chevys to Mercedes to pick-up trucks. In addition, Rowe was permitted to keep just one car — a 1998 Ford Explorer. The settlement also states that Jackson was to be the sole owner of "all trains" in his possession.

When it came to residences, Rowe was also awarded a house in Beverly Hills, but Jackson not only owned Neverland but three other sprawling properties in California alone. And it seems his trustees now have their work cut out piecing together all his funds — at the time MJ had 16 checking accounts and 5 savings accounts with numerous different Californian banks.

But let’s not forget Michael Jackson, in spite of being such a big spender, was also listed in the 2000 edition of the Guinness Book Of World Records for breaking the world record for the "Most Charities Supported By a Pop Star." Jackson reportedly supported 39 charity organizations either with monetary donations through sponsorships of their projects or by participating in their fundraising efforts.

Johnny Depp is one of the finest and highest-paid actors in Hollywood, but the "Public Enemies" star doesn’t even watch the films that he spends so many months making.

"If the movie does well out there in the world, that's great, but I can't pretend to know anything about it," Depp recently told Tarts. "Once my job is done, they wrap me on set and I've done my character I walk away. I mean 9 times out of 10 I don't even see the movie."