The U.S. women’s soccer team is one win away from reaching the Women’s World Cup final for the fifth time since the tournament started in 1991.

However, the U.S. might have their toughest match yet as they throw down against England for a place in the final. England has proved to be one of the most formidable teams in the tournament and they are riding with firepower behind the boots of Ellen White, Lucy Bronze and Jodie Taylor.

The U.S. got to the semifinal by defeating France and Spain in the knockout stage of the Women’s World Cup. They won their group over Sweden, Chile and Thailand.

England reached the semifinal by defeating Cameroon and Norway in the knockout stage and winning their group. They defeated Japan, Argentina and Scotland on their way to the semifinal.

The U.S. on Friday defeated France 2-1 thanks to two goals from Megan Rapinoe in one of the most highly anticipated matchups of the tournament, ensuring the host nation would not win the tournament. The only host nation to win the Women’s World Cup was the U.S. team in 1999.

England defeated Norway, 3-0, behind goals from White, Bronze and Jill Scott. White now has four goals in the tournament and is one behind Rapinoe and Alex Morgan for most goals scored in the tournament this year.

The U.S. and England are coming into the match with some controversy swirling around both squads. England coach Phil Neville was unhappy that American staffers were seen scouting out their team hotel.

“We were training, I hope they enjoyed the hotel but it's not something we would do — sending someone round to another team's hotel,” Neville said. “But it's their problem. I am sure that Jill probably wouldn't have been happy with that arrangement. I wouldn't have been if that was my team ops person going round. I am sure they will be dealing with their own infrastructure within their own discipline problem.”

The Americans are staying at the Residence Lyon Metropole, which is in the north of Lyon. The Fourviere Hotel is west of the city and close to an ancient Roman amphitheater. If the U.S. wins Tuesday, they will be able to stay in the same hotel that England is staying in currently.

The U.S. and England played each other on March 2 in an international friendly. The two teams tied 2-2. Rapinoe and Tobin Heath had goals for the U.S. behind five shots on goal. England had scores from Steph Houghton and Nikitia Parris with three shots on goal.

Before kickoff, here are some things to know about the much-anticipated match. 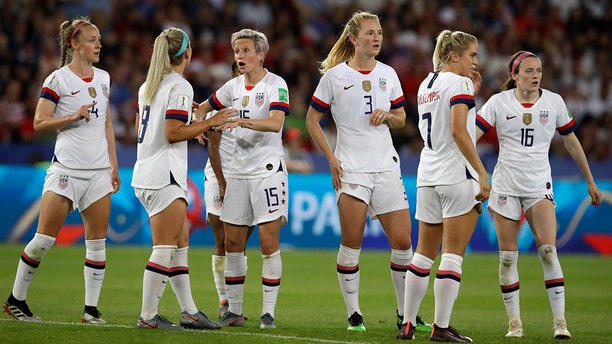 Coverage of the match begins at 2 p.m. ET on your local FOX stations. The match kicks off at 3 p.m. ET on the same channel.

You can also stream the match on FOX Sports Go. 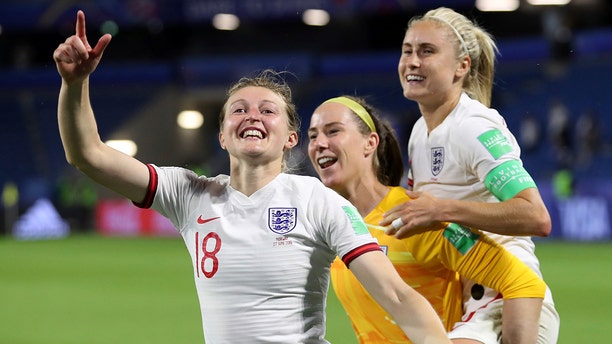 The U.S. team is still as talented as ever and are coming off a huge win against France. Rapinoe has been the hot player for the Americans, scoring the team’s last four goals. Opposing defenses have also found ways to contain Morgan as well and it’s expected that England will do the same.

On the English side, the Lionesses have been led by White – who has four goals during the World Cup. White’s offensive performance has only been overshadowed by Rapinoe and Morgan who have five apiece. Bronze and Taylor are also players to watch during the match.

The matchup to focus on will be that of Rapinoe and Bronze, former U.S. goalkeeper Hope Solo wrote in a column. Rapinoe has been the most dynamic scorer for the U.S. and having one of the best defenders in the world in Bronze taking her on is going to be a focal point.

England will also have to make sure to shut down Tobin Heath, who Solo says has been the leader of the U.S. attacks on offense.

The latest odds for the big match between the U.S. and England were released Monday. According to SportsBetting.ag, the U.S. are a 4/9 (-225) shot to win the match. England has +180 odds to win. The over/under is set at 2.5 goals.