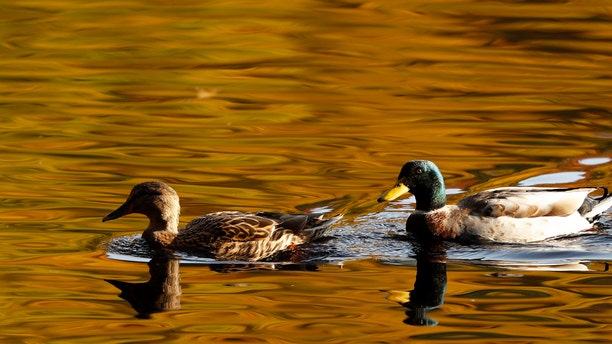 A team of zoologists filmed a group of mallard ducks attacking and eating other birds in Romania.

The BBC reported that the aggressiveness has never been documented before and could represent a new behavior.

One of the observers watched an adult female duck clamp down on a small grey wagtail and repeatedly submerge it in the water, the report said. Once the wagtail was dead, the duck ate it whole.

“The mallard was  massively struggling to eat that wagtail, presumably because it couldn’t actually tear it to pieces because the bill is flattened,” Dr. Silviu Petrovan, one of the zoologists, told the BBC. Ducks are known to eat seeds, berries plants an insects. Mallard ducks’ digestive systems are not equipped to handle whole birds.

In another account, a small black redstart reportedly landed in the reservoir and was struggling to stay above water. While the bird was working to get out of the water, “it was almost instantaneously attacked by the mallards.”