UFO photos made famous by 'The X-Files' surface, up for auction

A series of iconic purported UFO images, including some that were featured in the “The X-Files” TV show, are up for auction.

The images are part of a Sotheby’s online auction devoted to space photography. They include a lot of six prints by “Billy” Eduard Albert Meier that are from Switzerland in 1975. “These images purport to depict an interstellar visit by spacecraft from the planet Erra, two with a single UFO moving slowly over the town of Berg Rumlikon, and four images depicting a single UFO in a forested hilly area of Schmidrüti,” said Sotheby’s in a statement.

“One of the images in this lot was used to create the famous ‘I Want to Believe’ poster featured in the first three seasons of The X-Files,” the auction house explained.

The poster was often seen in the office of FBI Special Agent Fox Mulder, played by David Duchovny. The lot with the image used to create the ‘I Want to Believe’ poster has a pre-sale estimate of $6,000 to $9,000.

The sale also includes two Meier photos used in the series trailer for the 2016 reboot of the show. One image is part of a set of seven vintage chromogenic prints by Meier in Bachtelhörnli, Switzerland, on March 28, 1976. This lot also has a pre-sale estimate of $6,000 to $9,000. 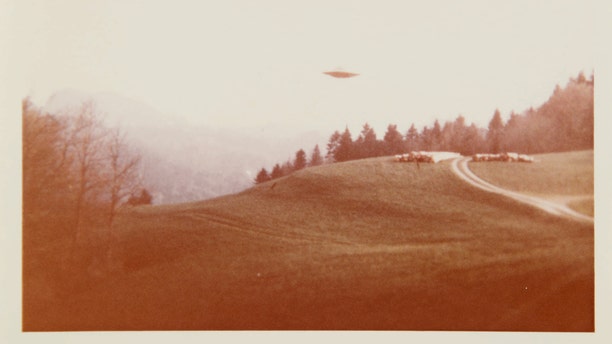 The image used to create the famous “I Want to Believe” poster featured in the first three seasons of "The X-Files." (Courtesy Sotheby’s)

Another image used in the trailer reboot is part of four vintage chromogenic prints by Meier in Schmidrüti, Berg Rumlikon, and Winkelreit-Wetzikon Switzerland in 1975. The lot has a pre-sale estimate of $4,000 to $6,000.

Other photos in the auction include images from the estate of Bill Taub, NASA’s first senior photographer, who documented every major space event from Project Mercury to the end of the Apollo missions. 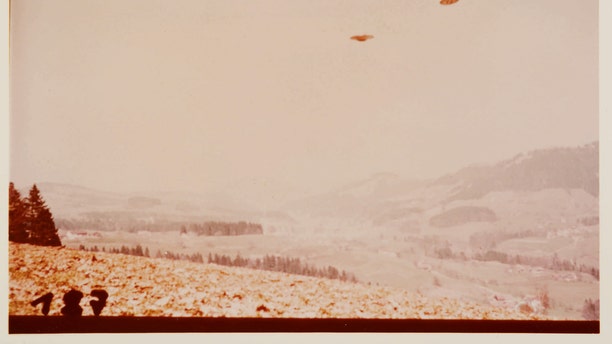 One of the images, part of a group of six vintage chromogenic prints, that was featured in the trailer for the 2016 reboot of "The X-Files." (Courtesy Sotheby’s)

Photos captured by NASA’s Lunar Orbiters area also up from auction, as well as images from the vintage NASA photo collection of dealer Philip Kulpa. 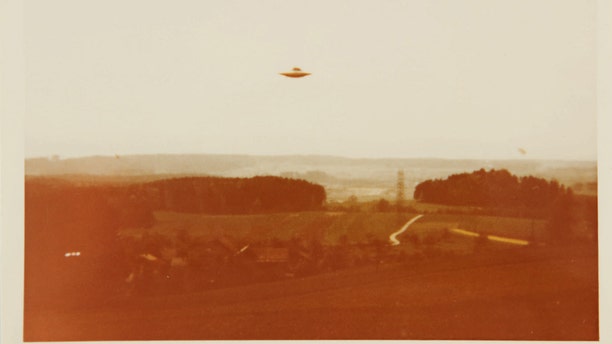 Another image, part of a group of four vintage chromogenic prints, that was used in the trailer for for the 2016 reboot of "The X-Files." (Courtesy Sotheby’s)

The auction, which opened Tuesday, runs until Dec. 3.