The Moon gets 'sunburned,' NASA says 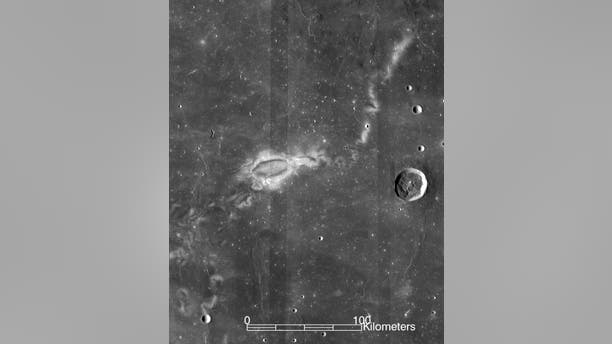 If you've ever been mad at the Sun for getting a sunburn, you're in good company — the Moon gets them too.

The NASA ARTEMIS mission has revealed that solar winds greatly impact the lunar surface and expose it to radiation from the Sun, leaving scars on the surface, due to the Moon's weak magnetic field.

"The magnetic fields in some regions are locally acting as this magnetic sunscreen," said Andrew Poppe, a scientist at the University of California, Berkeley, in a statement.

The government space agency notes that unlike our planet, the Moon does not have a singular, global magnetic field. Instead, it has magnetized rocks that create "small, localized spots of magnetic field" that can create magnetic barriers of varying distances.

Described as "magnetic 'sunscreen,'" NASA said these small barriers can deflect some of the particles from the solar winds, leaving light-colored swirls in the areas and darker areas in the spots that are not covered.

The darker spots are caused by chemical reactions with the regolith, which is the layer of dust and broken rock covering lunar rock. They have become so prominent over the years that they can be seen from Earth.

So next time you get a little sunburned on your vacation or laying out by the pool, don't feel so bad — our celestial neighbor gets it too.