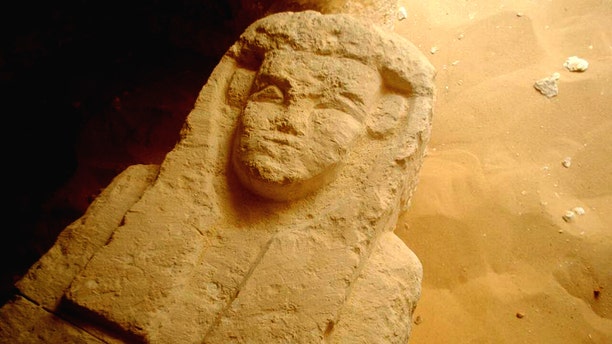 Experts have unearthed three tombs that date back 2,000 years at the site of an ancient city in the Nile Valley.

Egypt's antiquities ministry said that archaeologists discovered the tombs from the Ptolemaic Period. The discovery was made in the province of Minya, south of Cairo, in an area known as al-Kamin al-Sahrawi.

In a August 15 Facebook post, the ministry explained that excavators unearthed a collection of sarcophagi of different shapes and sizes as well as clay fragments that date the tomb to between Egypt’s 27th Dynasty and the Greco-Roman period.

The area was likely a “great cemetery,” according to Dr. Ayman Ashmawy, head of the ministry’s Ancient Egyptian Antiquities Sector. Ashmawy described the latest discoveries as “very important,” adding that they reveal more of al-Kamin al-Sahrawi’s secrets. 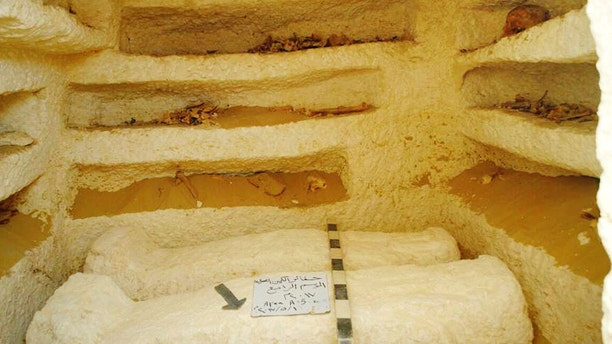 Previous excavations at the site had revealed about 20 catacomb-style tombs. The current exacavation is still ongoing.

One of the tombs has a burial shaft carved in rock and leads to a chamber where lids with human figures and four sarcophagi for two women and two men were found. Another tomb contains two chambers; one of them has six burial holes, including one for a child. Ali Al-Bakry, head of the ministry’s mission to the site, noted that this the first time that a child’s burial to be discovered al-Kamin al-Sahrawi.

Analysis of bones found in the tombs indicates they are from men, women and children of various ages, according to Egypt's antiquities ministry. The bones also confirm that the tombs are from a large city’s cemetery, the ministry said, disproving the theory that it was a military garrison cemetery.

Excavation work for the third tomb is still underway.

The tombs at al-Kamin al-Sahrawi are just the latest ancient Egyptian discovery to thrill experts. Last month, archaeologists said that a tomb that may have belonged to the wife of King Tutankhamun had been discovered in Egypt’s Valley of the Kings.