Who is the best Republican president between Donald Trump and Abraham Lincoln? For most Republican respondents to a recent poll, the answer is Trump.

In response to the question, “Which Republican president was better?,” more than half (53 percent) of GOP respondents answered “Trump,” while 47 percent answered “Lincoln.”

The poll was conducted by The Economist magazine and polling site YouGov.com.

NEWT GINGRICH: AMERICANS SHOULD LEARN MORE ABOUT ABRAHAM LINCOLN AND HIS INCREDIBLE LIFE

Lincoln, however, was the preferred Republican president among Democrats (94 percent), independents (78 percent), and the pool of all respondents (75 percent). Lincoln was also tops among men, women and all other categories – except Republicans. 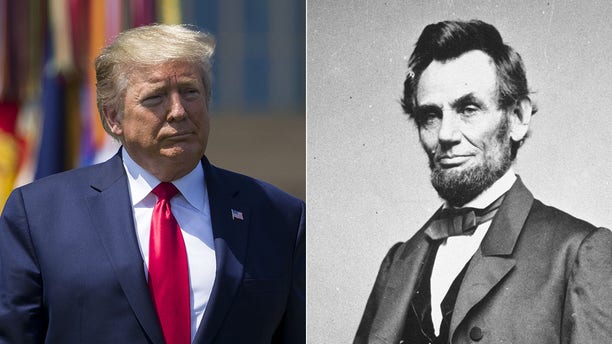 Among Republican respondents to a recent poll, Donald Trump is considered the best GOP president in a comparision with Abraham Lincoln.

There were other mixed results for Trump in a comparison against Ronald Reagan, according to the Washington Times.

In one section of the poll, Republicans were asked to rank Republican presidents on a scale of 1 to 8, with 1 being “best” and 8 being “worst.” Trump was considered the best by 32 percent of Republican respondents, followed by Lincoln (29 percent) and Reagan (27 percent).

But when asked directly whether Trump or Reagan was the better president, 41 percent of Republican respondents said Trump while 59 percent said Reagan.

The full results, plus other Economist-YouGov polls, can be accessed by clicking here.