The Trump administration and its allies are firing back at the torrent of leaks surrounding Special Counsel Robert Mueller’s Russia probe, suggesting the anonymous sources tied to these reports cannot be trusted – while calling into question the Mueller team’s neutrality.

"Americans should exercise caution before accepting as true any stories any stories attributed to anonymous 'officials,'" Rosenstein said, "particularly when they do not identify the country — let alone the branch or agency of government — with which the alleged sources supposedly are affiliated." 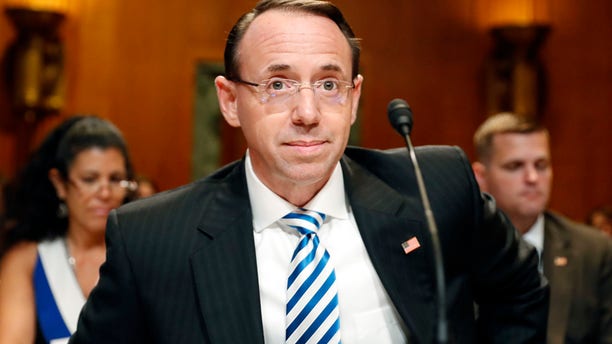 While not specifically citing the Russia probe, the statement was issued as The Washington Post published an anonymously sourced report claiming another significant development in the Mueller investigation. The Post reported the team is probing the finances and business dealings of Trump son-in-law and adviser Jared Kushner, attributing the details to “U.S. officials familiar with the matter.”

It’s unclear whether this and other leaks are coming from inside or outside the investigation -- for instance, from associates of individuals who are the subject of scrutiny.

Trump and his supporters have repeatedly complained about leaked reports on the progress of Mueller's investigation, many of which have appeared in either the Post or The New York Times.

The president himself took to Twitter Wednesday morning to decry “the single greatest WITCH HUNT in American political history.” He claimed it’s being “led by some very bad and conflicted people!”

Former House Speaker Newt Gingrich tweeted that Mueller is the tip “of the deep state spear aimed at destroying or at a minimum undermining and crippling the Trump presidency.”