Schiff refers to CBS 'head on pike' story, infuriating GOP: 'Every one of us knows it is not true'

"CBS News reported last night that a Trump confidant said that key senators were warned, ‘Vote against the president and your head will be on a pike.’ I don’t know if that’s true," Schiff said, while trying to persuade his Senate colleagues to vote with "moral courage" rather than in their political self-interest. 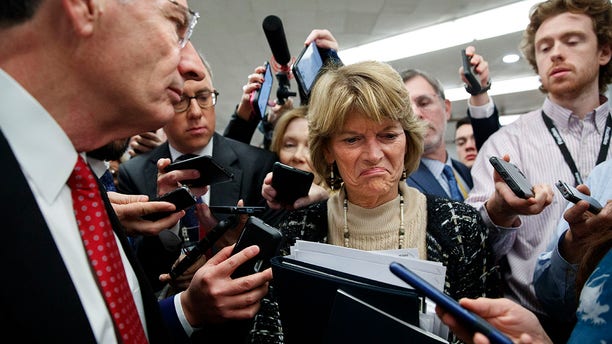 Sen. Lisa Murkowski, R-Alaska, center, and Sen. John Barrasso, R-Wyo., react to the final statement of House Democratic impeachment manager Rep. Adam Schiff, D-Calif., as they speak to the media at the end of a day of an impeachment trial of President Donald Trump on charges of abuse of power and obstruction of Congress, Friday, Jan. 24, 2020, on Capitol Hill in Washington. (Associated Press)

After listening silently for most of the trial so far, several Republicans reportedly shook their heads and could be heard saying, “That's not true,” after Schiff made the remark.

“I hope it’s not true,” Schiff responded before continuing.

“Not only have I never heard the ‘head on the pike’ line but also I know of no Republican senator who has been threatened in any way by anyone in the administration," she told reporters.

"I know of no Republican senator who has been threatened in any way by anyone in the administration." 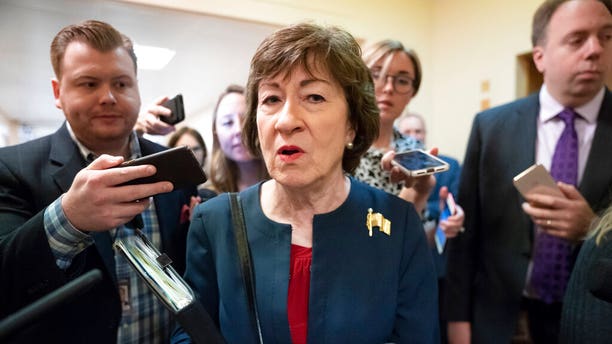 Sen. John Barrasso, R-Wyo., said, "No Republican senator has been told that. What he has proven to all of us is, he is capable of falsehoods and will tell it to the country. And would tell it to us when we are sitting in the Senate chamber. When every one of us knows it is not true."

Sen. James Lankford, R-Okla., who has also said he would be open to witnesses, told reporters it’s “completely, totally false.”

“None of us have been told that,” he said. “That’s insulting and demeaning to everyone to say that we somehow live in fear and that the president has threatened all of us.″

Sen. Joni Ernst, R-Iowa, called the story "baloney." She said she was listening to Schiff, "until he got to the part where he just completely made a bunch of bullcrap up."

"He just completely made a bunch of bullcrap up." 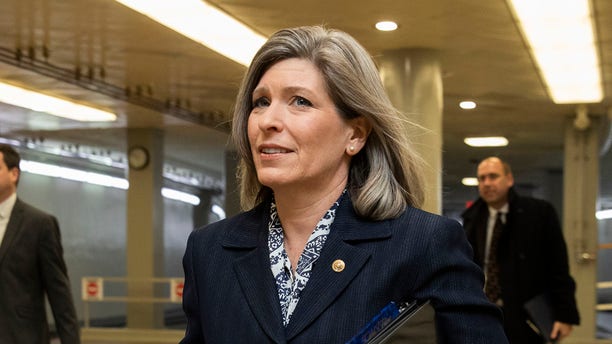 Sen. Joni Ernst, R-Iowa, walks in the U.S. Capitol on the first full day of the impeachment trial of President Donald Trump on charges of abuse of power and obstruction of Congress in Washington, Tuesday, Jan. 21, 2020. (Associated Press)

Even some Democrats were miffed by the remark.

Sen. Joe Manchin, D-W.Va., who hasn’t indicated how he plans to vote said, "That could have been left out, that's for sure."

Other Democrats scoffed, suggesting the outrage was a made-up excuse to oppose calling witnesses.

Minority Leader Chuck Schumer, D-N.Y., told MSNBC, "The Republicans are so afraid to confront the actual facts here ... they're always looking for a diversion."

Sen. Chris Coons, D-De., agreed. "If that's your reason? That he mis-cited some press article? Come on," he said, according to Politico.

Trump’s defense team will begin their opening statements in the trial Saturday morning.