US aid to Ukraine was contingent on 2016 election probe, GOP senator says US diplomat told him

A Republican U.S. senator claimed Friday that President Trump in August blocked him from reassuring Ukraine that military aid would be coming to the country from the U.S.

Sen. Ron Johnson of Wisconsin said the block came shortly after a U.S. diplomat told him that nearly $400 million in aid was contingent on Ukraine investigating the 2016 U.S. presidential election, the Wall Street Journal reported. Johnson said he “winced” when he heard from Gordon Sondland, the U.S. ambassador to the European Union, that the aid was dependent on an investigation.

"My reaction was, 'Oh, God. I don't want to see those two things combined,'” Johnson said. He said he was “surprised” when Trump wouldn’t allow him to tell Ukraine the aid was on its way. 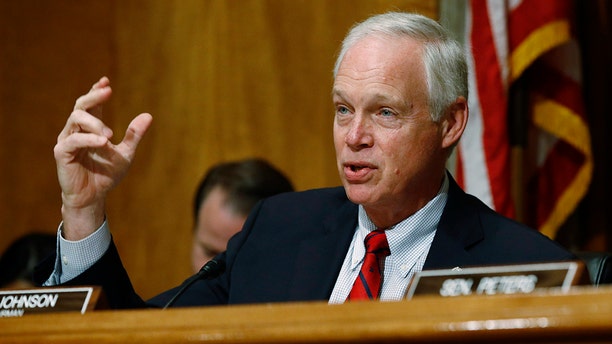 Earlier this week, text messages were released as part of House panels' Trump impeachment inquiry showing Sondland and other diplomats encouraged Ukrainian President Volodymyr Zelensky to investigate the Ukrainian gas company whose board Joe Biden's son served on in return for a potential high-profile visit to Washington, D.C., to meet with Trump.

The diplomats, according to the text messages, were struggling to keep the potential of a meeting from turning into a quid pro quo.

Johnson is a leader of the Senate’s Ukraine caucus and made several trips to the country this year after Zelensky was elected.

Johnson told reporters he understood Trump’s desire to root out corruption in Ukraine and said last week he thinks the call between Trump and Zelensky has been “blown way out of proportion.”

"I'm completely sympathetic with President Trump wanting to get the truth, where did this Russia narrative begin?" he added.

He said Trump denied the aid was dependent on an investigation.