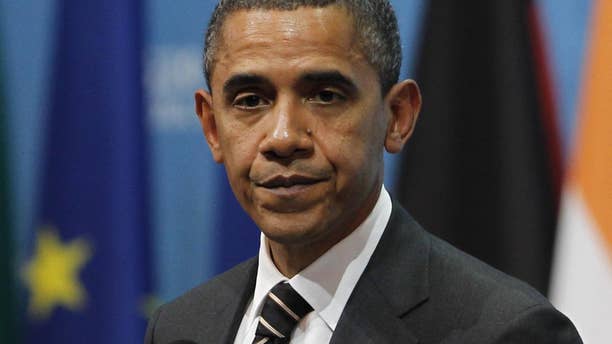 President Obama's status inside the United States may no longer be "rock star" and some say his reputation overseas seems to be suffering since he went to London for his first G20 meeting in April 2009, but Obama says he has strong relationships with world leaders and a "level of understanding and working together" that was not present during his first trip.

This G20 in Seoul, South Korea is a stark contrast to the first foreign trip for Obama when he visited England, France, Germany and Turkey. At that time his approval ratings were still high and Democrats were in firm control of Congress. This G20 is a direct juxtaposition with the president facing lower approval ratings and a Democratic party that, in his own words got "shellacked" in the midterm elections.

But the president said there's an oversimplification of his personal relationships with world leaders. "Sometimes I think naturally there's a tendency to focus on the disagreements because otherwise these summits might not be very exciting. It's just a bunch of world leaders sitting around intervening. And so there's a search for drama," Obama said at his closing press conference as the G20 drew to a close in Seoul.

But while Obama says his relationship with leaders like German Chancellor Angela Merkel has grown, experts say he's not quite reached the personal closeness like his predecessor was able to do. They say it's unlikely we'll see Obama giving Merkel a shoulder rub like former President George W. Bush did at a previous meeting.

"He's finding that Europe works on personal relationships and how often they meet with one another. It's a personal relationship business," says Heather Conley of Center for Strategic and International Studies. Conley says the personal touches Bush showed toward leaders - like inviting them to his ranch in Crawford, TX and taking them shopping for cowboy boots helped the former president form a very personal diplomacy.

"Most European leaders have found a pragmatic workman-like way of things but there's no extra, no investment in the leader," Conley says of the European interpretation of Obama.

For his part, Obama downplayed the idea that he doesn't get along well with world leaders now even if he did before, specifically mentioning his working relationship with Chinese President Hu Jintao and the issue of Chinese currency. "You know, it wasn't any easier to talk about currency when I had just been elected and my poll numbers were at 65 percent than it is now. It was hard then and it's hard now," Obama said, "because this involves the interests of countries and not all of these are going to be resolved easily. And it's not just a function of personal charm. It's a function of countries' interests and seeing if we can work through to alignment."

Obama's press conference early Friday morning capped a hectic two days in the South Korean capital as the G20 leaders pushed out a number of communiqués on the International Monetary Fund (IMF), financial reform and external imbalances. While the recent issue of the Fed's decision on U.S. currency was mentioned in passing at the meetings, the president said the topic did not dominate the leaders' meetings. But Obama did take an opportunity to take a swipe at the Chinese currency controversy - an issue sure to follow him to Yokohama, Japan for the APEC meetingS on Saturday and Sunday.

The president said he was "very clear" that the United States welcomes China's rise but that the nation had to begin to act in a responsible fashion in regards to its monetary policy. "The issue of the RMB is one that is an irritant not just to the United States but is an irritant to a lot of China's trading partners and those competing with China to sell goods around the world. It is undervalued. And China spends enormous amounts of money intervening in the market to keep it undervalued. And so what we've said is that it's important for China, in a gradual fashion to transition to a market based system." Obama said.

The Chinese currency issue is sure to be an ongoing issue when Republicans take control of the House in the next session of Congress. However, Derek Scissors of the Heritage Foundation says there are some other complicated battles Congress can take up that will also have an impact China as well as the U.S. economy. "The Republican House leadership has said, thankfully, they will change the currency-obsessed agenda of the last Congress to a more comprehensive agenda. There are serious problems with Chinese economic policy, but the peg to the dollar isn't the biggest or the second biggest. Other issues, such as subsidies for state firms and the closed capital account, are more complicated but Congress can actually do some good by taking up those battles."

The president landed in Japan early Friday morning for the next stop on his Asia tour.