As the Democrat-led impeachment inquiry into President Trump deepens, a spotlight has been cast on Hunter Biden ventures abroad not only in Ukraine but in China, where he set about investing while his dad served as vice president.

The questions come as Republicans are demanding that Hunter Biden – the 49-year-old son of Democratic presidential hopeful Joe Biden – appear before Congress to testify on his work.

For almost six years, the firm connected to Hunter Biden in China has moved more than $2.5 billion into various automotive, technology, energy, and mining endeavors.

Analysts point to the plethora of “ethical challenges” of Hunter doing such deals in China while his father was in the White House.

“At a time when the Obama administration was trying to pivot to Asia, a policy that ultimately fell flat, one has to at least stop and think what connections between policy and personal interests were there,” said Harry Kazianis, senior director for the Center for the National Interest. “While chances are Hunter Biden was doing what a lot of family members of famous politicians do – cash in on their name – it looks dirty.”

Biden served as one of nine directors of the private equity firm Bohai Harvest RST – better known as BHR Partners – which is 80 percent mandated by shareholders in the Chinese government, according to the Wall Street Journal.

The firm was registered less than two weeks after Biden flew with his then-vice president father on Air Force Two for official business in China in December 2013, but his lawyer has previously stated that talks were in place months earlier.

In the closing days of that December, China’s central bank, the Bank of China in conjunction with Rosemount Seneca – the firm Biden founded in 2009 with John Kerry’s stepson Christopher Heinz and family friend Devon Archer – set up the $1 billion investment joint venture called Bohai Harvest RST. The “RS” signifies Rosemount Seneca, and the “T” is in reference to the Thornton Group, a Massachusetts-based international consulting company established by James Bulger, the nephew of infamous mob boss James “Whitey” Bulger.

A rep for Heinz told Fox News that Heinz owned a minority interest in Rosemount Seneca until 2015, but neither he nor any business in which he has or had an interest was involved in BHR/China dealings.

"An entity unknown to and unaffiliated with Mr. Heinz and his business efforts appears to have become an initial partner in the BHR deal," the rep stated. "Public records have indicated that Rosemount Seneca Bohai was wholly-owned and controlled by Mr. Heinz's former friend and business partner, Devon Archer." 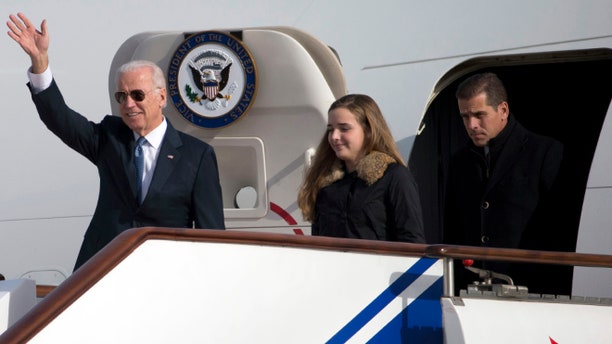 “The Bank of China is a major Chinese state-run bank, overseen by the powerful China Investment Corporation,” Isaac Stone Fish, a senior fellow at the Asia Society's Center on U.S.-China Relations, told Fox News. “While it often makes decisions based on economic considerations, it exists to serve the interests of the Chinese Communist Party.”

BHR was named as one of China’s top 10 Mergers & Acquisitions funds in 2017 by Equity Investment Association of China (EIAC) and the Beijing Private Equity Association (BPEA). BHR went on to receive “top honors” at the 2017 China Venture Awards, which also named the CEO Jonathan Li as one of China’s “Top 10 M&A Investors 2016.”

Biden told The New Yorker earlier this year that he did meet with Li on that 2013 taxpayer-funded official visit, but insisted it was a “social meeting.” Biden’s board position, his attorney has stated, was unpaid, and it was not until October 2017 that the younger Biden became a shareholder.

“BHR benefits from the support of its Chinese stakeholders, including the Bank of China and China Development Bank Capital,” the website reads. “BHR also engages in alternative investments in emerging sectors such as artificial intelligence, FINTECH, automation, and robotics.”

But some of those investments have since been subject to controversy. 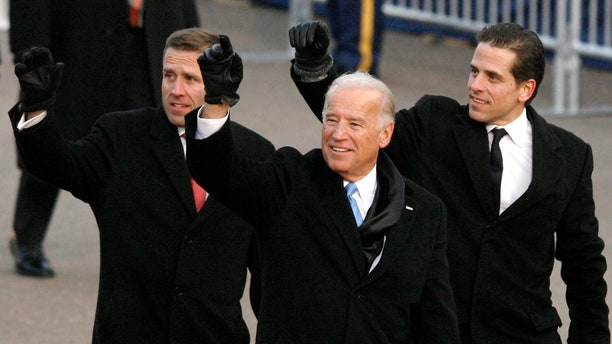 BHR Partners has invested in Megvii Technology Inc, a leader in the facial recognition arena with his Face ++. In May, Human Rights Watch (HRW) reported that the technology was associated with a controversial IJOP app used in the surveillance of Uighurs and Chinese Muslims in the Xinjiang region. Megvii later told HRW that the Face++ account contained in the IJOP application code was “never actively used.”

A rep for Megvii later emphasized to Fox News that HRW re-issued the report, stating that there was no evidence of the company's involvement in the IJOP app, adding that the BHR funds investing in Megvii were from Chinese investors, not those residing in the U.S.

Moreover, in 2015, BHR engaged in a $600 million purchase of Henniges Automotive, the Michigan automotive-suspension systems maker, securing a 49 percent stake. The negotiations were reported to have been mostly conducted by the Chinese government-owned Aviation Industry Corporation of China Ltd, which acquired the remaining 51 percent. The deal had to be reviewed and approved by the Committee on Foreign Investment in the United States.

However, the aircraft company has been subject to national security red flags. A year after the deal had closed, national security experts and analysts expressed concerns that the company, a major supplier of military jets in China, had hacked the U.S. networks to steal the design of the F-35 jet and used the design to build its own jet fighters.

In a letter to Department of Treasury Secretary Steven Mnuchin in August, Grassley raised concerns “over the process by which the Obama administration’s Committee on Foreign Investment in the United States (CFIUS) approved the acquisition,” stressing the “conflicts of interest (that) could have influenced CFIUS approval of the Henniges transaction.”

“Congress and the public must fully understand the decision-making process that led to the Henniges approval and the extent to which CFIUS fully considered the transaction’s national security risks,” he wrote, underscoring the Biden and Kerry family associates involved in the deal and pointing out that the Department of State, then under Kerry’s tutelage, “would have played a direct role in the decision to approve the Henniges transaction.” 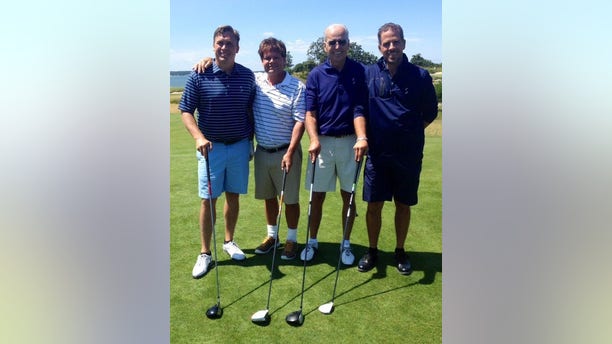 Yet, other experts downplayed national security concerns as being wound up in an epoch of “national hysteria about China.”

“The U.S. has a robust CFIUS mechanism which looked into BHR’s acquisition with AVIC Auto of Henniges Automotive and approved it,” noted Gal Luft, co-director for the Institute for the Analysis of Global Security. “The current paranoia has already caused an 80 percent decline in China’s direct investment in the U.S.”

But that isn’t where the Biden-China related woes stop.

In 2014, BHR invested in the IPO of the state-owned China General Nuclear Power Company (CGN), which is focused on the development of nuclear reactors. But in April 2016, the U.S. Department of Justice charged the company with “conspiracy to unlawfully engage and participate in the production and development of special nuclear material outside the United States, without the required authorization from the U.S. Department of Energy.” The DOJ also charged the company’s U.S.-based nuclear engineer and senior advisor “with conspiracy to act in the United States as an agent of a foreign government.”

Some of his China associates have also come under the wrath of the U.S. Department of Justice in the last couple of years.

In March this year, Patrick Ho, 69, the former Hong Kong politician and head of the think-tank wing of the Shanghai-based energy company CEFEC China, was sentenced to three years behind bars for “international bribery and money laundering offenses.” The sentencing took place 16 months after U.S. authorities arrested him.

“Patrick Ho schemed to bribe the leaders of Chad and Uganda in order to secure unfair business advantages for the Chinese energy company he served,” Manhattan U.S. Attorney Geoffrey Berman said in a statement released by the U.S. Department of Justice. “His actions were brazen. Foreign corruption undermines the fairness of international markets, erodes the public’s faith in its leaders, and is deeply unfair to the people and businesses that play by the rules.”

The scheme, the DOJ said, began around September 2014 when Ho attended the annual UN General Assembly in New York. CEFC China was, at that time, “working to expand its operations to Chad.”

But when his colleague Ho was suddenly arrested in November 2017, it was James Biden – the brother of Joe – whose phone buzzed first, with Ho asserting that he was in trouble. James Biden told the New Yorker he believed Ho was instead looking to reach Hunter.

The younger Biden had reportedly agreed to represent Ho in hammering out a multimillion-dollar liquefied natural gas deal with CEFC China, at the request of Ye Jianming, the founder and former chairman of CEFC. Biden has since vowed to the magazine that Ho “wasn’t a shady character at all’ but was instead swept into a “bad luck” situation. 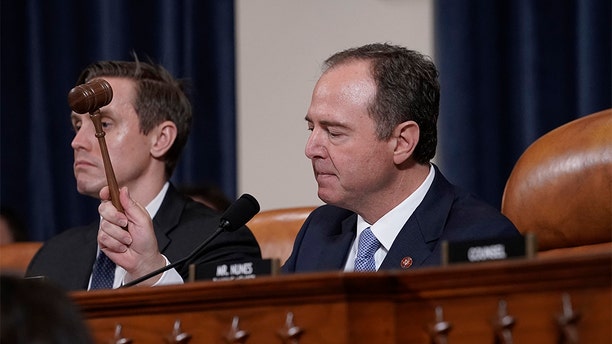 Jianming was also apprehended in China at the request of President Xi Jinping in March 2018 for his alleged role in corruption and fell upon the ranks of the famed “missing” Chinese businessmen. Ten months earlier, the oil tycoon – who has not been accused of wrongdoing in the U.S. – was documented to have met with Biden to discuss U.S-based investment opportunities.

While Biden stepped down from his BHR board position last month – his name and picture now scrubbed from the company’s website –  it remains to be seen if he will continue to hold his financial venture in the private equity firm.

A lawyer for Biden and BHR Partners did not immediately respond to requests for comment.

Trump, who is currently in the throngs of an impeachment inquiry over whether he illicitly pressured Ukraine’s government to investigate the business dealings of Biden in the region, doubled down last month when he further called on Beijing to also probe if the Biden son had misused his high-profile name to lure Chinese capital for his investments.

The Chinese foreign minister has since declared that Beijing has “no intention of intervening in the domestic affairs of the United States.” Hunter Biden vowed to ABC News last month that he had not acted improperly in terms of ethics with his work abroad, presumably referencing both Ukraine and China, but may have exercised "poor judgment" in taking foreign endeavors while his father was in office. Joe Biden further defended his son during the Democratic debates last month, insisting that the duo "never discussed anything" and thus there "would be no potential conflict.”

Nonetheless, the dealings point to a larger picture of power abuse, ethics and the known Chinese strategy of using big-wig names to further a monetary agenda.

“The job of those high-profile individuals is mostly to lend credibility and prestige to the company and to utilize their connections,” Luft added. “Corporate America invented this practice, and now China mimics it.”