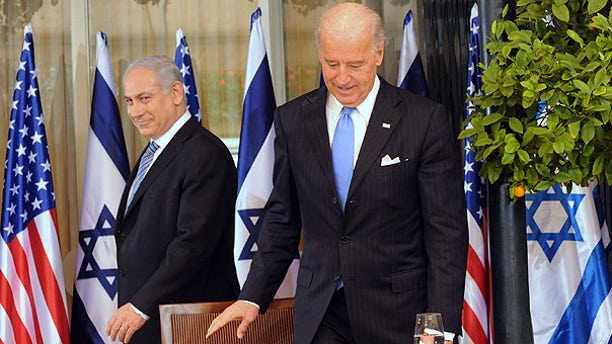 Vice President Joe Biden backed Israel's right to board ships bound for Gaza to prevent weapons smuggling on Wednesday, but said Washington remained concerned about the plight of Palestinians there.

Israeli commandos boarded a flotilla of six aid vessels trying to break Israel's three-year-old naval blockade of the Palestinian enclave on Monday. Nine activists were killed in the assault and dozens injured, including some commandos.

The U.S. has been careful in its response to the deadly raid and has not joined the international condemnation of Israel's use of force to stop the ships after its commandos were attacked as they rappelled down from helicopters.

"Israel has an absolute right to deal with its security interest," Biden said in an interview on PBS's "Charlie Rose" show, while reiterating the Obama administration's support for a transparent, impartial investigation of what happened.

The aim of the Israeli commando operation had been to seize control of the ships and escort them to Israel's Ashdod port. From there, Israeli authorities had promised to transfer the seized cargo to Hamas-controlled Gaza.

"They (Israel) have said, 'Here you go. You're in the Mediterranean. This ship -- if you divert slightly north you can unload it and we'll get the stuff into Gaza." So what's the big deal here?" Biden said.

"What's the big deal of insisting it go straight to Gaza?" he asked.

"Well, it's legitimate for Israel to say, 'I don't know what's on that ship. These guys are dropping eight -- 3,000 rockets on my people,"' he said, referring to Hamas, the Islamist movement which rejects interim peace terms with Israel and has regularly fired rockets into the Jewish state.

But Biden said the U.S. also needed to "put as much pressure and as much cajoling on Israel as we can" to allow in aid shipments such as building materials.

A day earlier, White House spokesman Robert Gibbs did not question Israel's motives in trying to enforce its 3-year-old blockade of Gaza, which is ruled by Hamas, designated by the State Department as a foreign terrorist organization.

The aim, he pointed out at a White House briefing Tuesday, is to keep weapons, not food, out of the territory.

Gibbs said the U.S. is "working to improve the humanitarian conditions" in Gaza. At the same time, he stressed the administration was "greatly supportive" of Israel's security and "that's not going to change."

Secretary of State Hillary Rodham Clinton also did not call for an end to the blockade, but she pressed Israel to allow greater access to humanitarian relief supplies.

In New York, meanwhile, the deputy U.S. ambassador to the United Nations, Alejandro Wolff, suggested to reporters that the flotilla "may have been intended to provoke."

The impact on efforts to promote a peace settlement between Israel and the Palestinians may be minimal.

While Prime Minister Benjamin Netanyahu canceled a meeting with President Barack Obama to return home to deal with the aftermath of the raid, he spoke three times with the president.

U.S. mediator George Mitchell is due back in the region Wednesday and Palestinian leader Mahmoud Abbas' June 9 White House meeting with Obama has not been canceled.

The raid provoked some angry rhetoric from Turkey, and seemed to threaten Israel's historic warm ties with Ankara. But the long-range impact on Israeli-Turkish relations may be limited.

"Nothing will be the same again," Erdogan said, gesturing angrily, his voice shaking at times.

But Turkey's Deputy Prime Minister Bulent Arinc took a softer tone. "We will find a solution within law and diplomacy," he said. "No one should expect us to declare war on Israel over this."

When Obama telephoned Erdogan Tuesday, according to the White House, the U.S. president said it was important to find better ways to provide humanitarian assistance to the people of Gaza without undermining Israel's security.

Gibbs, meanwhile, suggested Obama's effort to build ties to Arab countries would not be damaged.

"I do not think that this will have a great impact on that," he said