Why prayer is the ultimate protest 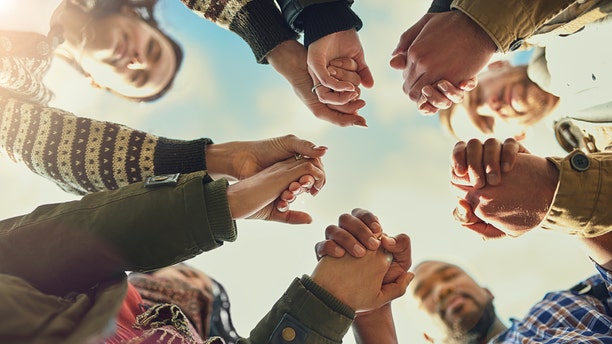 From "Black Lives Matter" to "The Women’s March" to political movements, grassroots activism defines our day. We rally to take power from power-hungry elites and place it with the people.

While these movements are compelling and certainly deserve our attention, it often feels like our passion for these causes may tear the very fabric of our nation.

Division is everywhere. People are afraid. Hate abounds. Something needs to change.

Throughout history, prayer has been a catalyst for people of faith to raise their voice toward change in moments just like this. In 1952, the U.S. Congress declared the first Thursday in May to be observed annually as the National Day of Prayer for prayer and meditation on behalf of our nation, leaders, and world.

When many of us think about prayer, we think about people gathered at church or families praying before an Easter meal. In general, we think of a short, polite list of requests that ends with an, “amen.” But prayer is far more than this.

On this week of the National Day of Prayer, I invite you to think of prayer as the ultimate form of protest. And while many people associate prayer with conservative politics and senior citizens, I believe prayer provides an opportunity for every person to lay aside their differences and come together.

Although you may have never thought of it like this before, here are 10 reasons why prayer is the ultimate protest.

Prayer admits we have a problem.

Every protest begins with a problem. When we pray, we’re acknowledging that God designed the world for order, but we’ve messed it up. When we see disorder in the world, it’s time for us to pray.

Prayer admits we don’t have the final solution.

What if, for just one day, we were humble enough to admit we don’t have all the answers? For all our disagreements, we’d begin to see one simple fact: We’re on the same team. Our goal is a flourishing society.

Prayer goes right to the source.

Prayer is about being known and loved.

When my kid asks me for a snack, I don’t give him a rock. Yet when we protest, we often feel the frustration of not being heard. Scripture tells us God is not like an unrighteous judge. He hears us, and He desires to answer us.

Whether you’re a pastor or completely irreligious, God welcomes your voice, your problems, and your concerns. Prayer works not because we’re perfect, but because we’re calling out to someone who is.

Prayer gives the stress over to God.

Reforming society is stressful work. When we pray, we’re handing the weight of our burdens over to God because we realize only He can bring the change we want to see in the world.

Prayer has a way of showing us our own heart. When we pray, we realize our greatest need isn’t changed policies but changed hearts—and we are first in line. (Church, you’re not excluded—God always starts with His own kids.)

Our greatest problem cannot be fixed by policy alone. When we pray, we protest the root of every human injustice—our own broken, selfish nature. While laws are important, society isn’t ultimately changed by behavior modification, but by heart alteration.

Prayer leads us to action.

Contrary to popular perception, prayer is not passive; it’s not a spiritual opt-out from our problems. On the contrary, prayer relieves our burden and gives us a renewed vision of a world worth fighting for—a world filled with self-giving love.

I believe prayer can change the world. Flip through the pages of history and you’ll see prayer as the fuel for culture-shaping movements. From Civil Rights to historical examples of revival, the evidence is clear. When we pray, God moves.

I believe Congress recognized—65 years ago—prayer to be a uniting force for the citizens of our great nation, not something exclusive to one segment of the population.

So this week when we've observed the National Day of Prayer, will you join me in protesting the injustices in our world?  Let's pray.

Nick Hall is the visionary of the Together movement, author of Reset, and the founder of PULSE, a ministry at the center of the largest millennial-led prayer and outreach efforts in the world. Nick has shared the Gospel with nearly 4 million students. He is the president and CEO of The Table Coalition and sits on the board of the National Association of Evangelicals.