Why Americans should thank Edward Snowden 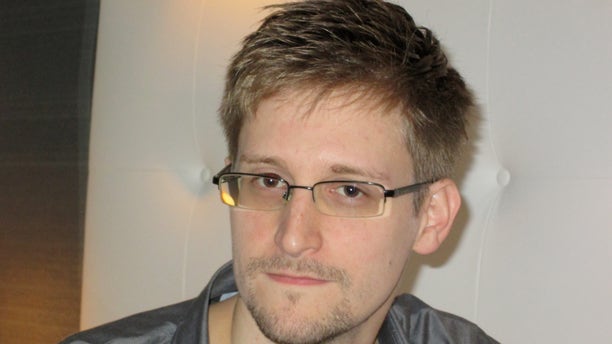 Let us take Edward Snowden at his word. For a moment, assume he disclosed publicly the National Security Agency’s (NSA) broad, sweeping surveillance of all telephone, Internet, and email communications everywhere — not to hurt people or undermine security but to stop an unconstitutionally intrusive program.

Did he do the right thing? Should we be thanking Snowden, or throwing the book at him?

That may boil down to whether the American people want to know about the type of program he is describing.

In an exclusive interview with Britains The Guardian, Snowden explained the surveillance state of affairs in the U.S.: “...increasingly we see that it’s happening domestically and to do that they, the NSA specifically, targets the communications of everyone. It ingests them by default. It collects them in its system and it filters them and it analyses them and it measures them and it stores them for periods of time.”

So, basically, the agency is recording everything. Every phone call, email, Internet search, chat session, financial transaction, you name it. And then if it needs to target a particular individual, the agency can request a warrant and then develop a complete record of all of his or her communications, including those from the past.

Snowden further emphasized the point, “...even if you’re not doing anything wrong you’re being watched and recorded. And the storage capability of these systems increases every year consistently by orders of magnitude to where it’s getting to the point where you don’t have to have done anything wrong. You simply have to eventually fall under suspicion from somebody even by a wrong call. And then they can use this system to go back in time and scrutinize every decision you’ve ever made, every friend you’ve ever discussed something with. And attack you on that basis to sort to derive suspicion from an innocent life and paint anyone in the context of a wrongdoer.”

Simply incredible. In short, the agency is clearly violating Fourth Amendment protections against unreasonable searches. But do you have a right to know about it?

Because the only reason we’re finding out about it now is because the information on the program was publicly divulged to media outlets. Snowden broke the law against the disclosure of classified information.

He’s in a heap of trouble. But how else were the American people supposed to find out about it?

Undoubtedly, the program is a useful tool to intelligence and law enforcement agencies. More information on targets will always be better than less, whether it be terrorists, human traffickers, drug dealers, mobsters, etc.

The agency could probably produce multitudes of cases of foiled attacks, positive identifications of enemy communications, and networks that that have been uncovered, all derived from the database.

As Snowden admitted, the surveillance is being done “simply because that’s the easiest, most efficient, and most valuable way to achieve these ends.”

But that’s not the point, is it?

As Snowden noted in the interview, “while they may be intending to target someone associated with a foreign government or someone they suspect of terrorism, they’re collecting your communications to do so.”

So, guilty or innocent, everyone is being caught up in this web of surveillance.

It’s unconstitutional because the searches are clearly occurring prior to any warrants being issued. That is not probable cause.

Even if officials can show that the program was helpful in unraveling terror plots, they will hard-pressed to assert it was constitutional. They’d have to argue that the exercise of war powers on the homeland including intelligence gathering somehow supersedes all other constitutional protections.

However, one struggles to find a wartime exception to the Fourth Amendment in the text of the Constitution itself.

Moreover, because of the secretive nature of the program, the American people have little choice in the program’s implementation.

Congressional oversight is done in secret, the Foreign Intelligence Surveillance Act (FISA) Court operates in secret, the relevant agencies operate in secret. Thus, the activities cannot be challenged publicly in any government forum even when there are abuses — precisely because nobody’s allowed to talk about it.

The question for the American people is if that’s the sort of society they want to live in. -- One where all communications public and private are being stored in a government database for later use, and when it is used against the people, there is no recourse. What if it’s ever used for malicious ends?

Snowden alleges that it is already being misused: “When you’re in positions of privileged access like a systems administrator for the sort of intelligence community agencies, you’re exposed to a lot more information on a broader scale than the average employee and because of that you see things that may be disturbing but over the course of a normal person’s career you’d only see one or two of these instances. When you see everything you see them on a more frequent basis and you recognize that some of these things are actually abuses.”

What were these abuses? If they are occurring, don’t the people have a right to know and to demand that the program be reined in?

The only assurance the American people have that the military and intelligence apparatus is here to protect us is that their awesome powers will not be used against them. Once that façade slips away, all that is left is a ubiquitous police state.

This op-ed originally appeared on NetRightDaily.com.

Robert Romano is the Senior Editor of Americans for Limited Government.