The War on Uber 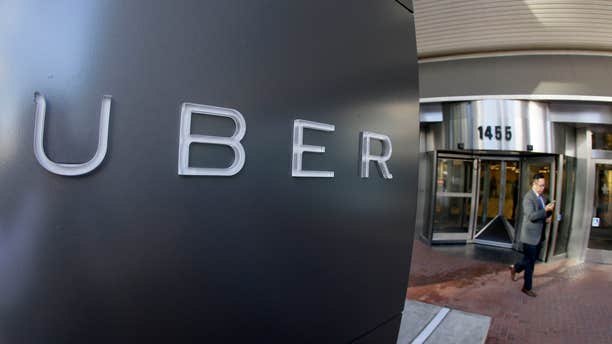 Hillary Clinton gave a speech warning that the new "sharing economy" of businesses such as the rideshare company Uber is "raising hard questions about workplace protections."

Democrats hate what labor unions hate, and a taxi drivers' union hates Uber, too. Its NYC website proclaims, "Uber has the money. But we are the PEOPLE!"

The taxi cartels, which provide inferior service and are micromanaged by government, don't like getting competition from efficient companies like Uber.

Clinton didn't mention Uber by name, but we don't have to wonder which company she meant. The New York Times reports that Clinton contacted Uber and told them her speech would threaten to "crack down" on companies that don't treat independent contractors as full employees. Apparently, Democrats think something's wrong if people are independent contractors.

But no driver is forced to work for Uber. People volunteer. They like the flexibility. They like getting more use out of their cars. It's win-win-win. Drivers earn money, customers save money while gaining convenience and Uber makes money. Why does Clinton insist on interfering with that?

Clinton's "social Democrat" pal, New York's Mayor Bill de Blasio, wants to crack down on Uber by limiting how many drivers they may hire. Uber cleverly responded with an app — a "de Blasio option" — that shows people how much longer they'd have to wait if de Blasio gets his way.

Good for Uber for fighting back. I wish more companies did.

FedEx classified drivers as independent contractors. Again, drivers were willing to drive, FedEx was willing to pay, and customers got packages faster and more reliably than they did from the U.S. Postal Service.

But lawyers built a class-action suit on behalf of FedEx drivers, saying they should be treated as employees, paying payroll tax, getting workman's compensation, receiving benefits. FedEx settled the case for $228 million and began abandoning its independent contractor system.

Uber's use of independent drivers — who use their own cars — is now called analogous to FedEx's use of delivery drivers.

In France, the old-fashioned cabbies rioted against Uber, blocking Uber cars and dropping rocks on them from a bridge. Instead of arresting rioters, the French government threatened to arrest Uber executives for breaking taxi rules.

That means Uber may soon have to treat its drivers as employees. Business analysts at ZenPayroll estimate that the changes will cost $209 million. We customers will pay for that, and we'll have fewer ride-share choices, too.

Lawsuits and politicians' attacks against one company have a chilling effect on others. The "independent contractor" assault will destroy all sorts of companies we'll never even know about because now they won't come into existence.

Some of the entrepreneurs who dreamed of starting them will look at the additional costs, crunch the numbers and decide there's not enough profit potential to risk investing their money.

Who knows what odd but popular sharing-economy innovations aren't happening even now — ones we'd use and love — because businesspeople with great ideas are frightened by the Clintons, de Blasios and lawyers?

In France, the old-fashioned cabbies rioted against Uber, blocking Uber cars and dropping rocks on them from a bridge. Instead of arresting rioters, the French government threatened to arrest Uber executives for breaking taxi rules. Once again, without even a new law directed specifically at Uber, the enemies of free choice got their way. Paris police have been ordered to forbid use of the Uber app.

I disagree with Jeb Bush about many things, but he was right to praise Uber for "disrupting the old order" of business.

The New York Times responded with a sarcastic piece pointing out that when Bush used an Uber car, the driver, Munir Algazaly, didn't recognize Bush. He said he plans to vote for Clinton, though Bush seemed like a "nice guy." Another site mocked Bush because he talked about "hailing" an Uber, not "hiring" one. Another pointed out that the car Bush rode in had a license plate holder that said "Fresh as F—-" on it. Ha, ha.

But it's the sneering media who miss the point. Bush is smart to see serious benefits from "reputation" businesses like Uber. Politicians and lawyers who threaten to destroy such companies threaten us all.

John Stossel is the author of "No They Can't! Why Government Fails -- But Individuals Succeed." Click here for more information on John Stossel.